Matchmaking The Lightweight Division’s Top 10 After UFC 268
published on November 9, 2021
curated and posted by BRWLRZ Team

The UFC’s lightweight division has been considered the best division for years as the top-10 is a who’s who of talent. Yet, recently, the top of it has been clogged and after UFC 268 the future of the division is uncertain as Justin Gaethje, Islam Makhachev, and Beneil Dariush could all be fighting for UFC gold next time out.

With the division uncertain, I decided to matchmake the top of the lightweight division and provide some clarity of what should happen going forward.

This fight is already booked for the main event of UFC 269 on December 11. It was the fight to make after both Oliveira and Poirier won their fights back in May and July.

The second-ranked lightweight in Justin Gaethje deserves the next lightweight title fight. Although he’s only on a one-fight winning streak, his UFC 268 win over Michael Chandler is the Fight of the Year right now and it cemented him as the next title challenger.

Gaethje has already fought Poirier in what was the Fight of the Night. With that, a rematch would be highly-anticipated. If Oliveira wins, it’s an intriguing matchup and would test Gaethje’s ground game. Regardless, “The Highlight” should be fighting for UFC gold next time out.

With Gaethje getting the next title shot, Beneil Dariush vs. Islam Makhachev should be booked as the number one contender. Both men could fight for the title, but an extra win would only strengthen their case and add some hype to their name.

If Dariush wins, he would get some hype as he would be the one to stop Makhachev who many view as a future champ. If Makhachev wins, it’s a top-three win he needs as he has yet to beat anyone ranked inside the top-five. It could headline a Fight Night card or be on the same card as Oliveira/Poirier winner vs. Gaethje.

Both Michael Chandler and Conor McGregor will likely be out until the summer but when they return, they can match them up with one another in what would be an all-action fight.

Chandler and McGregor are both on a two-fight losing streak but both have a ton of hype and are looking to get back into the win column. Both men have the ability to get knocked out or get a knockout in this fight. It would be a massive fight for the main event of the June or July pay-per-view where the winner would then be one win away from a title shot.

Rafael dos Anjos returned to the lightweight division and picked up a big win over Paul Felder who took the fight on short notice. He was booked to fight Makhachev a few times but it never came to fruition and when he returns a fight against Gregor Gillespie makes sense.

Gillespie deserves a chance to fight someone ranked above him, while dos Anjos is the odd man out of fighting someone in the top-five. If he can beat Gillespie he would get a top-five opponent. It could headline a Fight Night card in early 2022 or be on a pay-per-view card.

In the final matchmaking of the top-10 of the lightweight division, Tony Ferguson vs. Dan Hooker makes all the sense in the world. Ferguson and Hooker like to stand and trade and both have proven to be durable. It also has all the makings to be a main card fight on a pay-per-view in early 2022 in what could be the Fight of the Night.

Both Ferguson and Hooker also seem to be on the outside looking in for the title picture, so a fun fight will do.

How would you match-make the top-10 of the lightweight division? 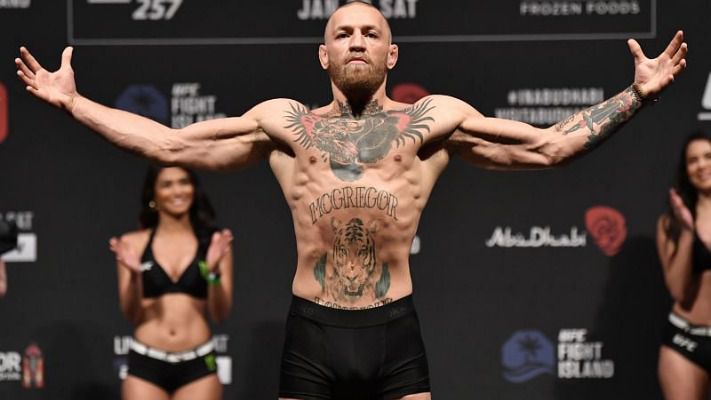