Jake Paul has made no secret of his preference to face MMA fighters throughout his boxing career. Two of his viral KOs came against former champions of the sport in Ben Askren and Tyron Woodley. He has also set his sights on potential boxing matches against Jorge Masvidal, Nate Diaz, and Kamaru Usman, among others.

One name that isn’t on the list but would like to box Paul is “The Italian Dream” Marvin Vettori. Tuesday, Vettori posted the following challenge to Paul with a video attached of his colleagues discussing the potential session.

“Hei Fake Paul @jakepaul let’s set up a sparring. I’ll match any bet you want. You claim anybody, anytime, anywhere but you won’t go further then 6 rounds I promise you that. Put your nuts on the table, I wanna feel if you can really box.”

Ironically, it was just last year that Vettori blasted the media for its ongoing coverage of Paul. Yet, surely the outspoken middleweight must know that such a challenge, with Paul’s name directly attached to it, would receive wide attention and go viral.

In any event, Vettori is not the only person to express an eagerness to spar Jake Paul. In the case of Claressa Shields, not only did she invite Paul to spar with her, she even proposed putting up $100,000 in a winner-take-all encounter. The YouTuber never responded to the “GWOAT’s” challenge, nor has he responded to Vettori’s as of this writing.

Paul most recently knocked out Tyron Woodley in their rematch on December 18 to advance his boxing record to 5-0. Marvin Vettori last competed in October with a unanimous decision victory over Paulo Costa.

Who do you think would win in a boxing match between Jake Paul and Marvin Vettori? 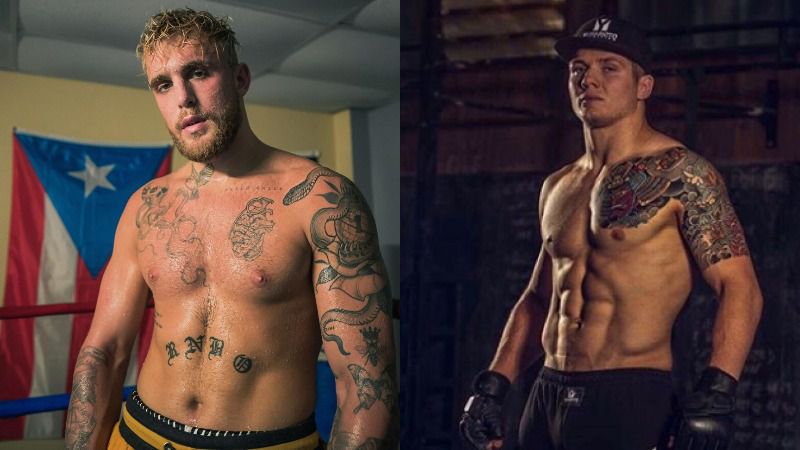