Some much-needed meat has been added to the bones of the UFC 256 lineup in December when middleweights Marvin Vettori and Jacare Souza share the Octagon.

Originally reported by BJPenn.com, Marvin Vettori will be looking to make it four consecutive wins when he takes on veteran Ronaldo “Jacare” Souza on December 12 at UFC 256. Vettori has been looking to make a bigger splash in the middleweight pool since returning to competition in July of 2019 following a USADA suspension for ostarine. Waiting for him in the water will be Jacare Souza, hoping to chomp down like a gator and get a taste of the rankings once again.

Jacare Souza is currently on a two-fight losing streak, but both losses came to some very stiff competition: #4-ranked Jack Hermansson and reigning light heavyweight champion Jan Blachowicz. Losing to the current champ in your divisional debut is certainly nothing to hang one’s head over, but Souza has decided to return back to what has been his home for the entirety of his career: the middleweight division. A win over #14-ranked Marvin Vettori will make a strong statement to the rest of the 185-pound division that he plans on returning to middleweight prominence until further notice.

Marvin Vettori last fought in June when he defeated Karl Roberson via rear-naked choke in the very first round. This win marked the ninth submission win out of Vettori’s 15 total victories. Vettori’s current win streak consists of wins over Roberson, Andrew Sanchez, and Cezar Ferreira. With all due respect to those names, a win over Jacare Souza would certainly stand out much more than any win in Vettori’s career thus far.

With the addition of this middleweight scrap, the updated, yet still slim UFC 256 lineup currently includes:

Who you got in the middleweight bout at UFC 256? Marvin Vettori or Jacare Souza? 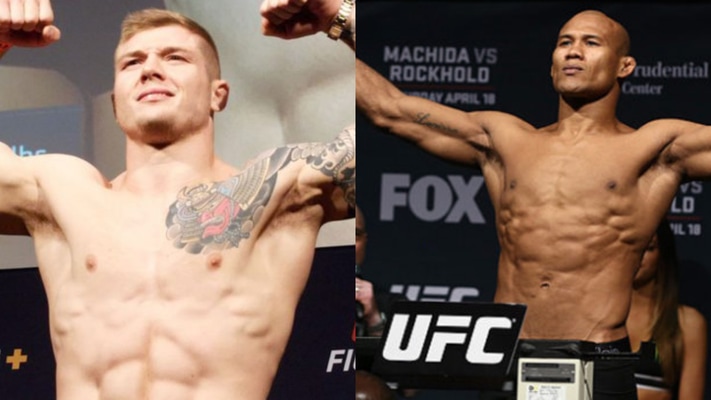