Marvin Vettori has ignited a heated encounter between himself and Paul Felder over the retired lightweight’s color commentary.

Since his retirement from MMA, Paul Felder has been a mainstay on the UFC commentary team and was chosen to replace Joe Rogan on last weekend’s card due to the 54-year-old’s late exclusion from the card. While there are many who welcome Felder onto the team for his insight and past fighting experience, it seems that the #5-ranked middleweight, Marvin Vettori, isn’t the biggest fan of “The Irish Dragon”.

As we approached the latter stages of UFC 266, Vettori took to Twitter to state his frustration at Felder’s commentary, labeling him the worst commentator in the history of the sport.

Had to mute the comment on the fights , can’t stand Felder lol worst to ever do it #UFC266

“Had to mute the comment on the fights, can’t stand Felder lol worst to ever do it” claimed Vettori.

Despite being on commentary duty, Felder took time to respond to the criticism in good ol’ Paul Felder fashion.

Am I using too many big words? I’m sorry Marvin

“Am I using too many big words?” Felder joked. “I’m sorry Marvin”

The tension between the two seems to date back to Vettori’s loss to Israel Adesanya in a middleweight title fight at UFC 263, where Felder was once again on commentary.

The war of words had no signs of dying down, as the pair continued hours after the original tweet.

Well I’ll do my best not to do that on October 23. I think you are a talented fighter Marvin. I don’t mean to upset you but I call what I see. If you don’t like it that’s not my job. Talk soon.

Marvin Vettori will be aiming to get back in the win column and recapture the form that led him to a title shot when he headlines the UFC Vegas 41 card alongside Paulo Costa on October 23.

Do you think Marvin Vettori’s criticisms of Paul Felder were fair? 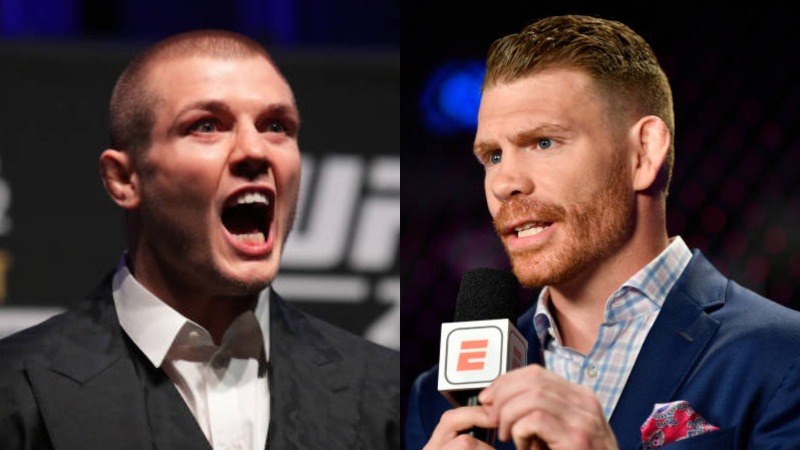