Marvin Vettori Irked By Adesanya Picking Costa To Beat Him
published on October 12, 2021
curated and posted by BRWLRZ Team

Vettori and Costa will both be looking to rebound from title losses to “The last Stylebender” in their respective last fights. The pair will collide in the UFC Vegas 41 main event on October 23.

The upcoming Vegas headliner will be Vettori’s third Octagon appearance of the year. After a scheduled clash with England’s Darren Till was called off when “The Gorilla” broke his collarbone, “The Italian Dream” faced Kevin Holland at UFC Vegas 23. After controlling for five rounds, Vettori took home a comfortable unanimous decision win and, in doing so, booked his place opposite the champ. Having fallen short of capturing the gold at UFC 263 in June, the 28-year-old will be looking to bounce back immediately when he faces Costa.

While Vettori has had an active year, “Borrachinha” hasn’t appeared since September 2020. After amassing a 13-0 record, which included 11 knockouts and victories over Uriah Hall and Yoel Romero, the Brazilian faced Adesanya at UFC 253 in Abu Dhabi. Despite being tipped by many as the man to dethrone the Nigerian-New Zealander, Costa put on a disappointing and underwhelming display on his way to a second-round TKO loss, which he later put down to the wine he had consumed the night before. His chance for redemption will be a tough challenge against a fellow top-five contender in Vettori.

Ahead of the highly anticipated 185-pound clash, the middleweight king gave his prediction for which of his former challengers would emerge victorious come October 23. In a video uploaded to his YouTube channel, Adesanya backed Costa to have his hand raised.

“Costa (will win the fight)… Costa is just gonna do what he did to Romero type of shit because Vettori doesn’t have the striking ability.” (h/t Sportskeeda)

The champ’s take on his upcoming fight has certainly bothered Vettori. In an interview with MMA Uncensored, “The Italian Dream” suggested Adesanya would struggle to give him credit in any way.

“Yeah, it’s hard for Adesanya to give me credit on anything, you know. But it’s funny because right after the fight, he does give me credit, then he changes opinion. But it’s okay, you know. At the end of the day, everybody is entitled to their own opinions. So, it’s alright. But I don’t even think, you know, he really thought through about (the prediction).” (h/t Sportskeeda)

As well as keeping an eye on the the top contenders in the middleweight division, Adesanya will have his own fight to prepare for soon. After COVID-19 restrictions prevented it from happening this year, “The Last Stylebender” and Robert Whittaker look set to run it back at UFC 271 in February 2022.

Likely fighting for the number one contender spot will be the high-flying blonde iteration of Derek Brunson and the recently victorious Jared Cannonier. They look set to clash at UFC 270, a pay-per-view prior to Adesanya’s fourth defense.

It stands to reason the victor of Vettori vs. Costa will have to record another win in 2022 to secure a second shot at the middleweight gold.

Who do you think will have their hand raised in the UFC Vegas 41 main event, Marvin Vettori or Paulo Costa? 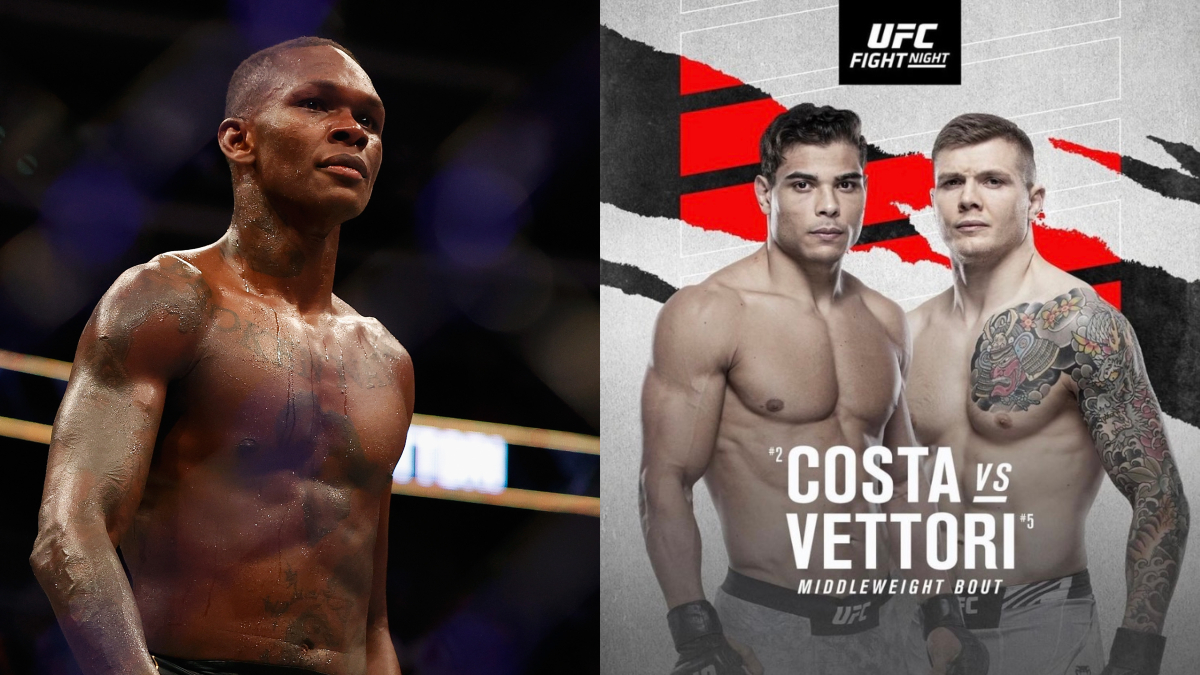