Mark Hunt and UFC president Dana White have had their differences, and the feud will continue after the heavyweight’s lawsuit has been revived in the courtroom.

The “Super Samoan” has been fighting inside the court and outside the Octagon for years now. In 2019, the court dismissed Hunt’s claims against the UFC. The former UFC heavyweight alleges that the company, and Dana White had knowledge of Brock Lesnar’s use of performance-enhancing drugs.

The two met each other in a highly publicized heavyweight bout back in 2016 at UFC 200 where Hunt lost by unanimous decision. Later, a No Contest result was rendered after Lesnar tested positive for illegal substances. Mark Hunt claims that the UFC and Dana White knew about the PEDs, and has since pursued litigation on the basis of fraud and battery.

Hunt alleged that Dana White knew Brock Lesnar had taken performance-enhancing drugs ahead of UFC 200 and still let him fight.https://t.co/KJeU51AN14

Recently, the UFC and Endeavor have both been under fire for their support of the way the UFC pays fighters. After antagonizing the UFC boss, Mark Hunt is insistent that justice is finally on its way.

“U fkers said to me many many moons ago if I was a gambling man and I will ask u here the same question because u ain’t eva going to get rid of me I’m a motherfken gangsta and I got that rusty fork waiting for all of your bch a eyeballs.” Mark Hunt posted.

“@danawhite u better kill me bra u ain’t going anywhere G u and your little puy freinds u bches have stolen from so many of us fighters and our families finally justice is about to start for u punk motherfkers enjoy it bch. Hunt stated. And all of those who scoffed and laughed at me and said all sorts of sh** u can all kiss my black a** u filthy coward f**ks.”

Following lulls in litigation, a frustrated Mark Hunt voices to the UFC president that he’s not going anywhere, anytime soon. The 47-year-old last stepped into the Octagon against Justin Willis in 2018 and lost by unanimous decision.

The UFC has been publicly criticized for its pay structure. When the company became the target of a class-action lawsuit, they were forced to reveal its revenue-sharing aggregates. Following the reveal, many were in shock to see that the UFC is only paying roughly 16%-18% of revenue to its fighters. In comparison, major sporting leagues like the NFL and NBA are shelling out nearly 50% in revenue to their respective athletes.

Do you think Mark Hunt will win his courtroom fight against the UFC? 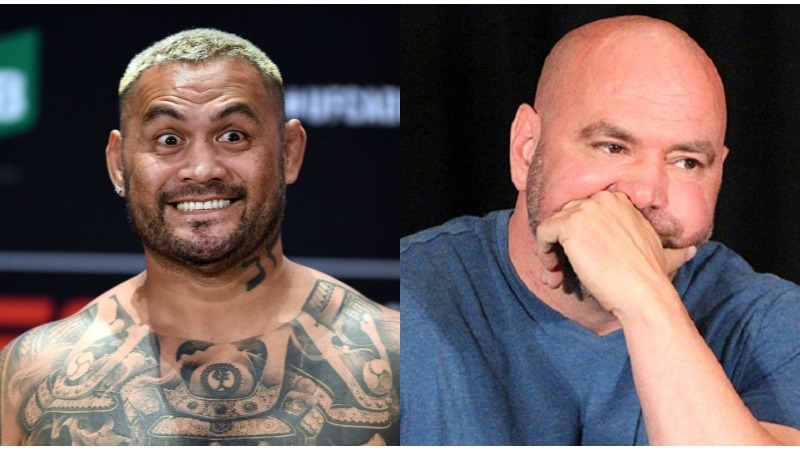