Marina Rodriguez Says Carla Esparza Should Get Title Shot Before Her
published on October 11, 2021
curated and posted by BRWLRZ Team

UFC strawweight Marina Rodriguez is poised for an imminent title shot following her win on Saturday, but she feels the only woman to have beaten her, Carla Esparza, deserves it first.

Rodriguez once again proved that she’s one of the best in the women’s 115-pound division by earning a unanimous decision victory over Mackenzie Dern at UFC Vegas 39. It wasn’t without adversity, however, with Rodriguez escaping a few precarious situations on the ground against Brazilian jiu-jitsu specialist Dern.

The Fight of the Night performance was Rodriguez’s third successive victory, having previously defeated Michelle Waterson and Amanda Ribas this year. Her last and only loss of her career came via a narrow split decision against Esparza in July 2020.

For Dern, the loss snapped her four-fight win-streak, and came against an opponent she didn’t initially plan on fighting. Last month, Dern said that Ezparza had turned her down before the matchup with Rodriguez materialized, in what she believed was an effort to hold out for a title shot.

Strawweight champion Rose Namajunas will run it back with Weili Zhang at UFC 268 on 6 November, but as to who will face the victor, it’s still anyone’s guess. In addition to Rodriguez, #3 ranked Esparza, who’s riding a five-fight win-streak, probably has the strongest case for a title shot. But there’s also Joanna Jedrzejczyk, who remains ranked at #2, despite not fighting since her instant classic with Zhang in March last year.

Speaking at the UFC Vegas 39 post-fight press conference, Rodriguez magnanimously conceded that Esparza deserves a title shot even more than herself, and that she should be facing Namajunas in November instead of Zhang.

“Yeah, that’s the thing,” said Rodriguez. “I really think that Carla was the one that should have been getting the title fight…but if the UFC does offer me a title fight ahead of her, who am I to say no to it? But I would much prefer (to) let her go fight for (the) title, maybe get that belt, and then we can do the rematch for the belt.”

Marina seems an incredibly humble person, however, she doesn’t have infinite patience.

“But I don’t have all the time in the world, so (she’s) gotta get moving,” said Rodriguez.

What do you think? Should Carla Esparza get a title shot before Marina Rodriguez? 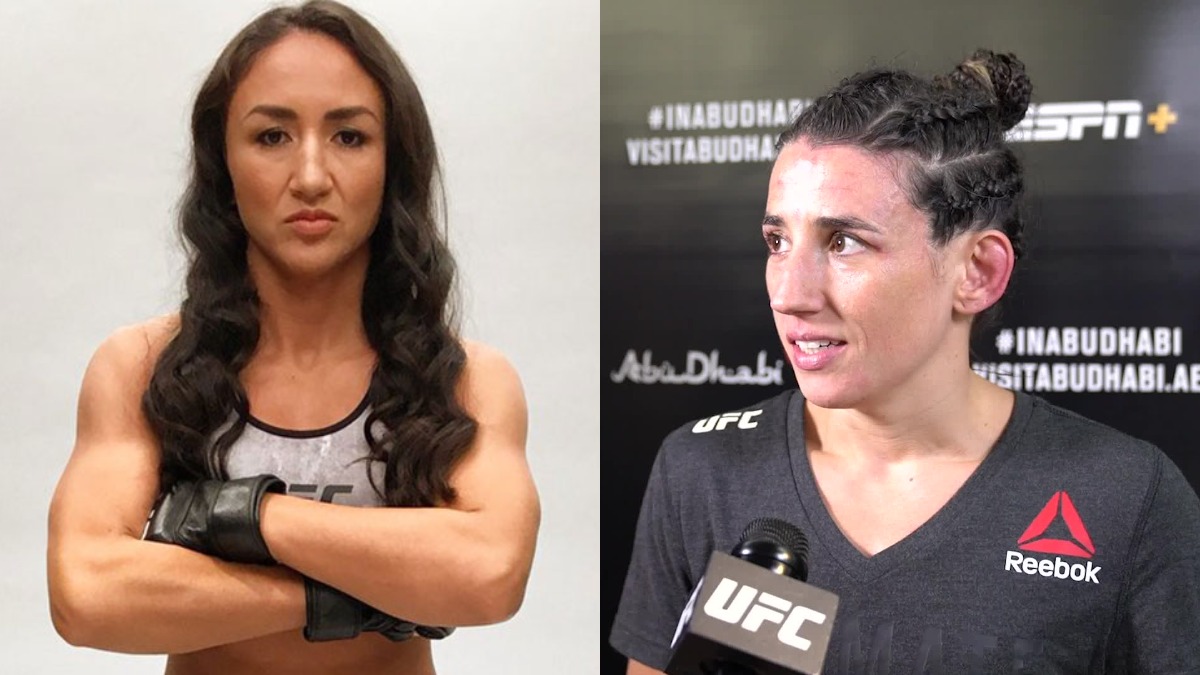