Manny Pacquiao Retires, Running For President Of The Philippines
published on September 29, 2021
curated and posted by BRWLRZ Team

Boxing great Manny Pacquiao has made his retirement from professional boxing official.

There had been speculation regarding Pacquiao’s future in the sport of boxing, with reports that the legend was considering retirement. Tuesday, the future Hall of Famer made it official with the following video.

Here is some of what Pacquiao had to say in the video (h/t Yahoo Sports).

“It is difficult for me to accept that my time as a boxer is over,” Pacquiao said. “Today, I am announcing my retirement. I had never thought that this day would come. As I hang up my boxing gloves, I would like to thank the whole world, especially the Filipino people, for supporting Manny Pacquiao.

“Goodbye, boxing. Thank you for changing my life. My family was desperate, you gave us hope. You give me the chance to fight out way out of poverty. Because of you, I was able to inspire people all over the world.”

Pacquiao will now look to express that gratitude by serving the people as the president of The Philippines in 2022 but not before leaving behind a remarkable legacy in boxing. SportsCenter has joined the growing list of those saluting Pacquiao for his legendary career by citing just a few of his unique achievements.

Manny Pacquiao has announced his retirement from boxing.

Earlier this year, there were rumblings of a potential fight between Pacquiao and UFC superstar Conor McGregor. Those talks would die out following McGregor’s loss to Dustin Poirier at UFC 264.

Pacquiao’s career ran for a lengthy span of 26 years, where he accumulated a total of 62 victories.

What will you remember most about the boxing career of Manny Pacquiao? 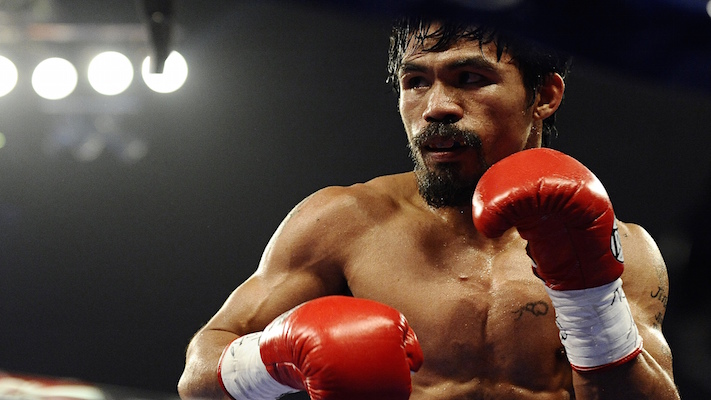