Islam Makhachev’s manager has revealed that Tony Ferguson has turned down a fight offer.

Islam Makhachev is slated to return to the cage on October 30 at UFC 267. His original opponent, Rafael do Anjos, was forced out of the bout due to injury. The UFC has found him a replacement in Dan Hooker. However, it is now released that Hooker may not have been the first option.

After a little jab by Tony Ferguson towards Makhachev’s manager Ali Abdelaziz, Abdelaziz revealed that Ferguson had been offered a fight with Makhachev and turned it down.

UFC offered you to fight Islam October 29 and you went missing You talking about embarrassing my team your last two fights Justin and Beneil Play with you Smart move you didn’t fight islam he will ruin you also go to sleep Tony God bless you my friend https://t.co/1IrY3hpz2k

“UFC offered you to fight Islam October 29 and you went missing,” Abdelaziz wrote. “You talking about embarrassing my team your last two fights Justin and Beneil Play with you Smart move you didn’t fight islam he will ruin you also go to sleep Tony God bless you my friend.”

Ferguson responded to the accusation made by Abdelaziz.

We Were Right Here Working & Getting Ready Ninja. Your Drunk Off Ego Ali, What Was Real Reason For Your No Show At Olympics? Bet You Made The Same Call For @TeamKhabib At UFC 209? Stick To Brainwashing Your Clients & Converting Them Ya Snitch. I’ll Out Work Your Dagi Boys Anyday. pic.twitter.com/b9KCyt54nL

Ferguson has not fought since May. His last three fights were all losses since his interim title shot against Justin Gaethje. Ferguson has been MIA from the UFC and at one point, UFC officials were reportedly unable to get in contact with him. He is 37 years old but not ready to retire just yet. Makhachev has been calling for a fight with Ferguson for a while now.

Makhachev has a new opponent for the UFC 267 event despite Ferguson’s alleged pass. Makhachev is a rising star in the division. He has won eight in a row and has pushed himself to the #5 spot in the rankings. With a win over Hooker, he could find himself within a title shot very soon. As for Ferguson, he has dropped to #6 and should be looking for a win soon.

Do you think Islam Makhachev and Tony Ferguson will ever fight? 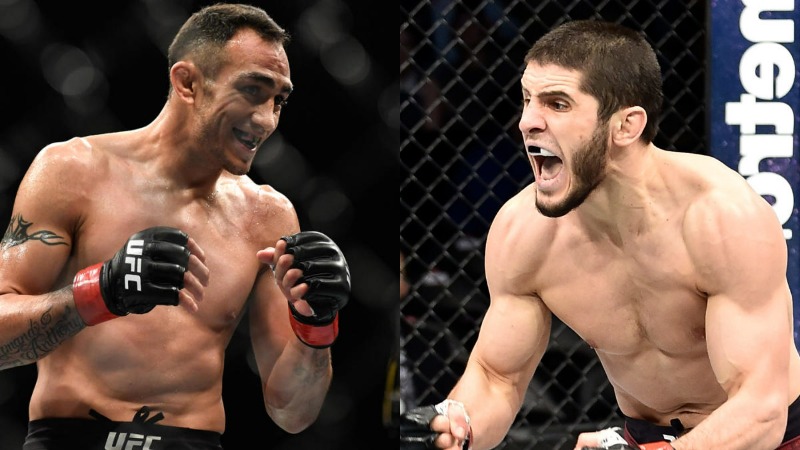