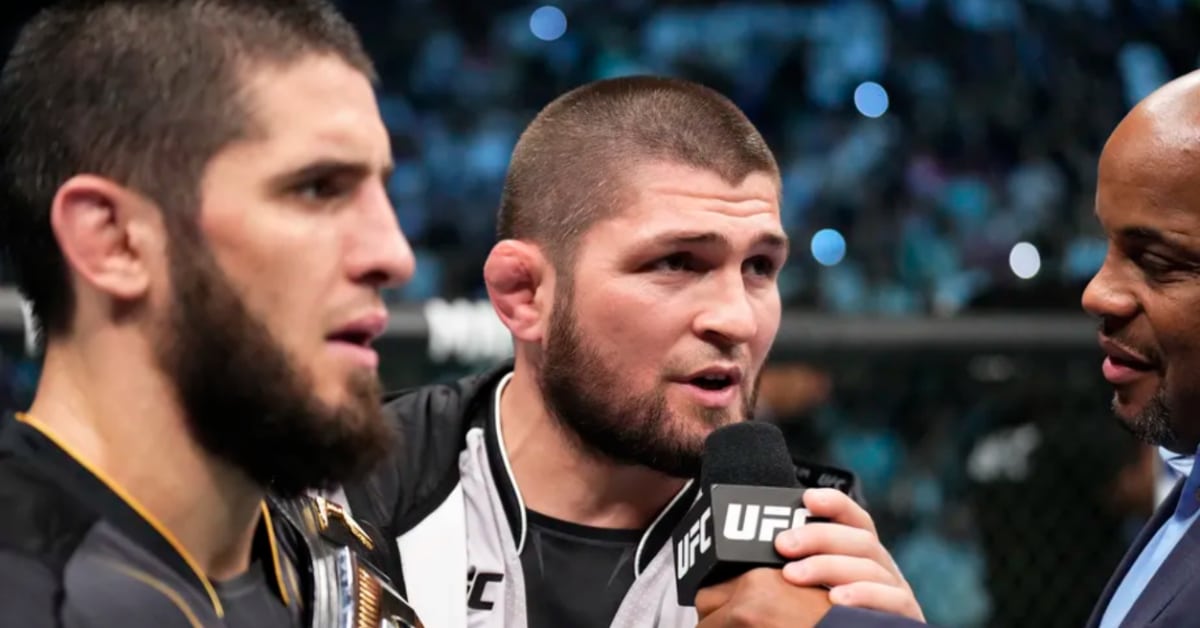 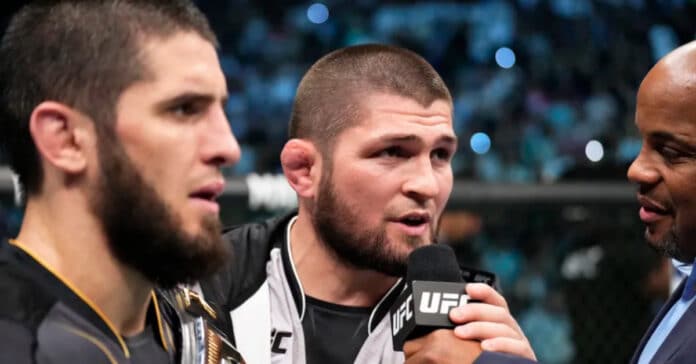 Rizvan Magomedov, the CEO of Russian promotion, Eagle FC has confirmed former undisputed UFC lightweight champion, Khabib Nurmagomedov, will likely miss his cornering duties at UFC 284 next month for current champion, Islam Makhachev, as the Dagestan native’s future as a coach remains firmly up in the air.

Khabib, a former undisputed UFC lightweight champion, called time on his professional career back in 2020, boasting an undefeated 29-0 professional record.

In the time since, Khabib, who now head’s up Eagle FC since their move to a Florida base, has also taken a big step as a prominent coach at American Kickboxing Academy alongside Javier Mendez – guiding Makhachev, and Usman Nurmagomedov to lightweight gold in the UFC and Bellator, respectively.

In a cryptic post recently, Khabib appeared to hint at a potential step-back from his role as a coach ahead of the incoming 2023 schedule, leading many to speculate that the former UFC lightweight kingpin would be walking away from mixed martial arts entirely

And according to the abovementioned, Magomedov, while he can’t confirm Khabib will not corner Makhachev at UFC 284 on February 11. in Australia against Alexander Volkanovski, claimed he most likely wouldn’t feature at the Perth event.

“I think he (Khabib Nurmagomedov) made it clear and it was such a balanced decision that he approached for a long time,” Rizvan Magomedov said during an interview with Russian outlet, Match TV. “There is no need to look for any behind-the-scenes reasons or radical incidents there. He just came to this. He ended his career in 2020, but travels during training camps, during fights. Out of 12 months, he is 10 absent from home, constantly on these trips.”

“And he (Khabib Nurmagomedov) came to such a decision that it was time to spend time with his family, [and] devote time to children. And, most likely, he will miss this fight (Islam Makhachaev vs. Alexander Volkanovski), yes.”