Manager: Cejudo Is Willing To Return Full Time After Volkanovski Fight
published on October 13, 2021
curated and posted by BRWLRZ Team

If Henry Cejudo does decide to make a comeback to MMA, his manager says that it would not be for a one-off.

Essentially from the moment he decided to announce his retirement from the sport, Cejudo has been flirting with the idea of making a return. He has basically called out every champion across three weight divisions, with the most recent one being against featherweight champion Alexander Volkanovski.

Most people are brushing this off because the expectation is that the UFC would not want to go for a one-off title fight, only for Cejudo to retire again right after potentially winning the belt. However, Ali Abdelaziz, manager to Triple C, recently told Aaron Bronsteter that this was not Cejudo’s intention at all and that if he does fight for the featherweight title, win or lose he would continue to fight.

“If I thought Henry would beat Alexander and move on, I would never be involved. I value the relationship with the UFC and Dana and all these guys in the UFC, and if Henry is a man of his word, when I asked Henry last Thursday night, ‘If you win this title will you defend it?’ and he said, ‘Absolutely I will defend it, and if I lose I will go down to 135,’” Abdelaziz said.

“He’s in it, not just for one fight. He’s in it because he took some time off and the guy’s been competing since he was 12 years old, and he gave his body a little bit of time, and he’s back. He’s back and he wants to fight, but it needs to make sense.”

That being said, there is still a bit of a question as to where the motivation lies for Henry Cejudo to return, given the fact that he chose to retire at such a young age and while being a two-division champion. Abdelaziz says that it really comes down to him taking a break from competition, leaving him now feeling rejuvenated.

“He’s competed on such a high level since he was 12 years old, and never took a break. Sometimes it’s not always physically, it’s mentally, right? He wants to miss competition, and right now he’s in the gym, he’s helping coaching, and he just wants to compete,” Abdelaziz said.

“If anyone deserves an opportunity like this, it’s Henry Cejudo. The things he accomplished, nobody will ever accomplish in sports again.”

Time will tell if the UFC decides to put together the fight with Alexander Volkanovski. Even if that does not happen though, it would be exciting to see Henry Cejudo back in the Octagon.

You can view the clip from Abdelaziz’s interview with Aaron Bronsteter below.

Abdelaziz on Cejudo: “If I thought Henry would beat Alexander and move on, I would never be involved… When I asked Henry last Thursday night, ‘if you win this title would you defend it?’, he said ‘absolutely, I would defend it and if I lose, I’ll go down to 135.'” pic.twitter.com/nU54Gp0O56 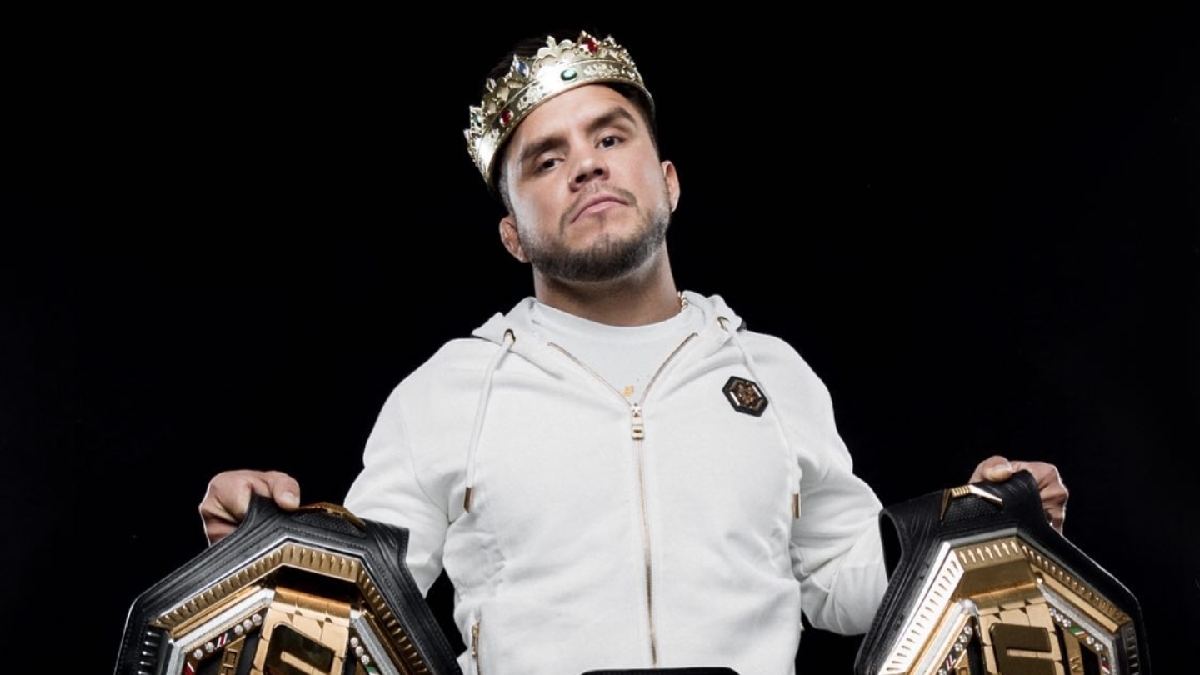