Bernard Kersh was body-slammed after spitting in a police officer’s face and is now seeking damages following the violent event that occurred during his 2019 arrest.

On Thursday, Kersh pleaded guilty to a misdemeanor count of battery. In exchange for his guilty plea, Cook County prosecutors dropped a couple of prior charges that he picked up which included aggravated battery. Since the 2019 arrest, Kersh has been awaiting trial in the Cook County Jail. The judge sentenced Kersh to a year in prison, which he appears to have served given the time he’s been incarcerated awaiting trial.

The statement from police indicates that Kersh was drinking vodka at a bus shelter on the city’s South Side until police officers approached him. Police affirm that Kersh spat in the face of an officer before the confrontation turned physical. The event took place on Thanksgiving Day in 2019.

The prosecutor said that a substantial amount of spit made it into the officer’s mouth and eyes. A cell phone video emerged that showed the officer body-slamming Kersh in a sudden manner. The viral video released by the Civilian Office of Police Accountability displays disturbing footage which shows Hersh hitting the pavement. Eventually, he was moved to the back of a squad car and taken to the hospital.

The video sparked outrage. In consequence, Kersh’s attorney has sued the city and the officer who slammed him in 2019. Kersh’s lawsuit states that he sustained serious head, neck, and shoulder injuries from the incident. In addition, the lawsuit asserts that the officer should have known serious damage could occur since the officer is an MMA fighter. 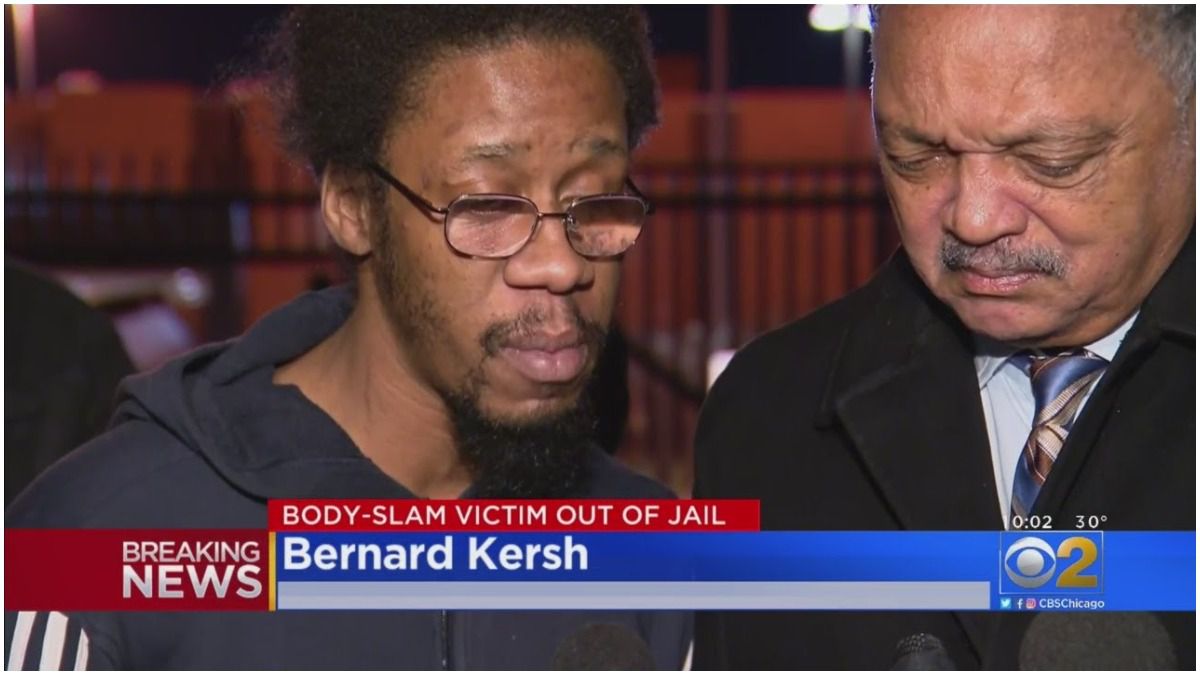