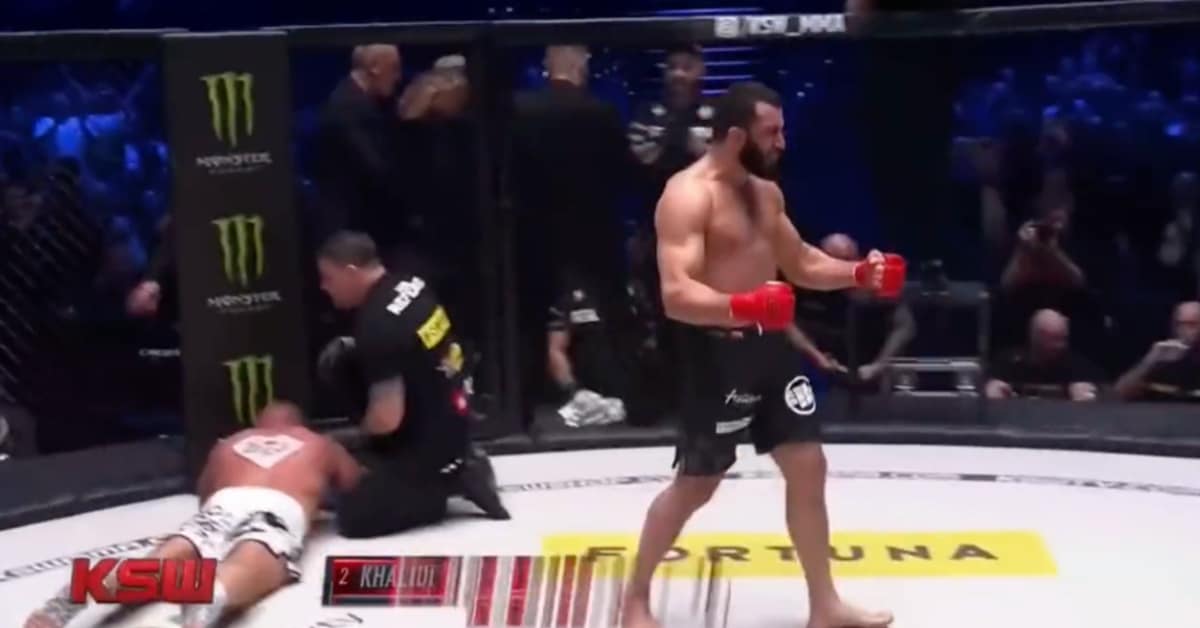 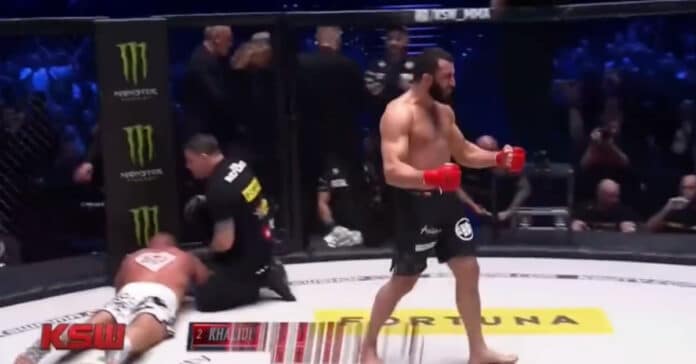 Former KSW middleweight and light heavyweight champion, Mamed Khalidov is back in the winner’s enclosure following his stunning knockout loss to Croatian kickboxer, Roberto Soldic last year — stopping heavyweight favorite, Mariusz Pudzianowski with a slew of first round ground strikes in the main event of KSW 77 in Gliwice, Poland.

Khalidov, a former light heavyweight champion and two-time middleweight champion under the banner of KSW, suffered a heavy knockout loss to recent ONE Championship debutante, Soldic a year ago yesterday.

As for Polish veteran, Pudzianowski, the 45-year-old former strongman, who boasts a 17-8(1) professional record following tonight’s first round ground strikes loss to Khalidov — headlined back in May against Michal Materla, landing a stunning knockout victory which earned him a Knockout of the Night honor.

Turning in a one-sided first round win, Mamed Khalidov quickly scored a huge takedown on Pudzianowski in the first round, before moving to the back of the Polish veteran.

Raining down with a barrage of ground strikes to Pudzianowski, Khalidov forced referee, Marc Goddard to call a halt to the highly-anticipated headlining clash in the first minute of the iconic pairing, after securing hooks, and flattening the former out onto the canvas, who eventually tapped to first round strikes.

Catch the highlights from Mamed Khalidov’s win over Mariusz Pudzianowski, below

The King of the KSW Legends pic.twitter.com/RLqhKipBLr