At UFC Vegas 39, strawweight contender Mackenzie Dern hoped that she would inch closer to a world title shot by defeating fellow top-10 strawweight Marina Rodriguez. Dern’s argument would no doubt be boosted with such a win taking place under the main event spotlight. It was not to be, however, and she came out on the losing end of a relatively decisive 49-46 unanimous decision.

Following the defeat, Dern took to Instagram to share what was bearing in her heart the next morning.

“Thank you everyone for all the support! Yesterday wasn’t the result I was training for, but this fight is the biggest learning experience for me! Now I have a lot to look back on and fix to become a better fighter! For sure a submission would have been great but to have these rounds for me to work on is such a blessing! Congrats Marina for the win! I hope you guys enjoyed the fight and thanks @danawhite for the FOTN
Thank you to my family, my team, my friends and everyone who continues to support me! Letssss gooo!”

Dern entered the fight as the #4-ranked strawweight, with Rodriguez ranked #6. The two should swap places come Tuesday, which would keep Dern firmly within the top 10. That being the case, it may not be long before Dern is able to re-establish herself as a top contender at 115 and maybe turn in a different outcome the next time she finds herself in a feature bout.

Do you think Mackenzie Dern will ever challenge for a UFC world title? 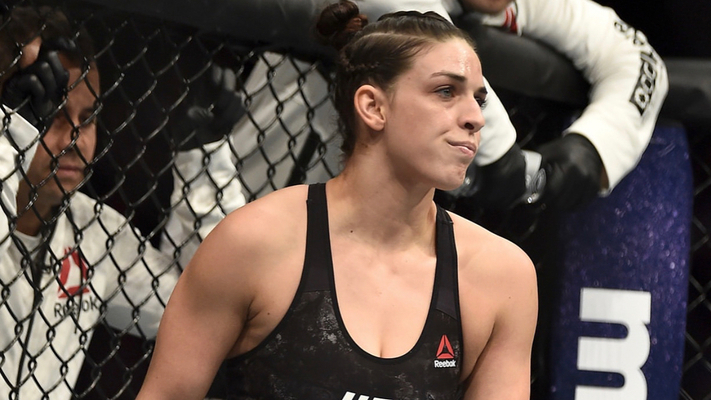