Lobov Reveals The Two Things That Would Bring Him Out Of Retirement
published on January 17, 2022
curated and posted by BRWLRZ Team

Former UFC featherweight and Bare Knuckle FC star Artem Lobov has admitted there are two scenarios that could draw him out of retirement.

Over the course of his 11-year career in professional combat sports, Lobov became one of the most popular and recognizable names. Whether through his fighting style, appearance on The Ultimate Fighter, or connection to Conor McGregor and the SBC Ireland team, every fan knows “The Russian Hammer.”

After leaving mixed martial arts with a 13-15-1 record, a résumé that includes two UFC victories, following his defeat to Michael Johnson in 2018, Lobov turned his attention to bare-knuckle boxing.

After signing a lucrative deal with BKFC, the Russian star won his opening two bouts with the promotion, first against Jason Knight and then against legendary former boxing champion Pauli Malignaggi just two months later.

But after back-to-back losses to Knight and Denys Berinchyk, the latter of which took place under the promotional banner of Mahatch FC, Lobov took a realistic look at his career, aspirations, and responsibilities. He decided to call time on his career last July, a week after his final appearance in combat sports.

After the announcement, many in the community reflected on Lobov’s memorable career as they bid farewell to a combat sports mainstay. While the 35-year-old doesn’t see himself breaking his promise to himself and darting in and out of retirement, he has provided some hope for fans who wish to see him back in action.

During a recent appearance on Ariel Helwani’s The MMA Hour, Lobov laid out two scenarios that would clench his fists and bring him back to the cage or ring. As unlikely as they seem, the answer will certainly instil some hope into the hearts of his loyal fanbase.

“There’s only two ways that I go back to fighting; the (Zubaira) Tukhugov fight, that goes without retirement, I don’t care If I am retired or not, I always want that fight, no matter what,” Lobov continued. “And, if somebody wants to make my dreams come true and offer me seven figures, well then it’s going to change things up… seven figures could allow you to set up your financial future for the family, and that’s a big thing for me, of course. And open up a lot of doors as well. I would consider coming back for those reasons.”

Confirmed that the Lobov vs. Tukhugov fight in Moncton later this month has been canceled. UFC looking for a new opponent for Lobov. Tukhugov’s status is uncertain. https://t.co/KME9IC24jG

Lobov and Tukhugov were set to collide back at UFC Fight Night 138 in October 2018. The clash would have extended the fiery rivalry between Khabib Nurmagoemdov’s camp and that of Conor McGregor.

However, two weeks prior at UFC 229, the groups were engaged in a post-fight brawl following Khabib’s submission victory over “The Notorious” Irishman. Heavily involved, and even throwing punches at McGregor, was Tukhugov. The Dagestani was removed from his fight with Lobov, who went on to face Johnson instead.

Given the feud the two sides shared a number of years ago, it’s unsurprising Lobov would still be willing to exact some revenge for his former teammate by entering the cage with Tukhugov.

As for the other return scenario, money is money, who could blame him?

Would you like to see Artem Lobov fight again? 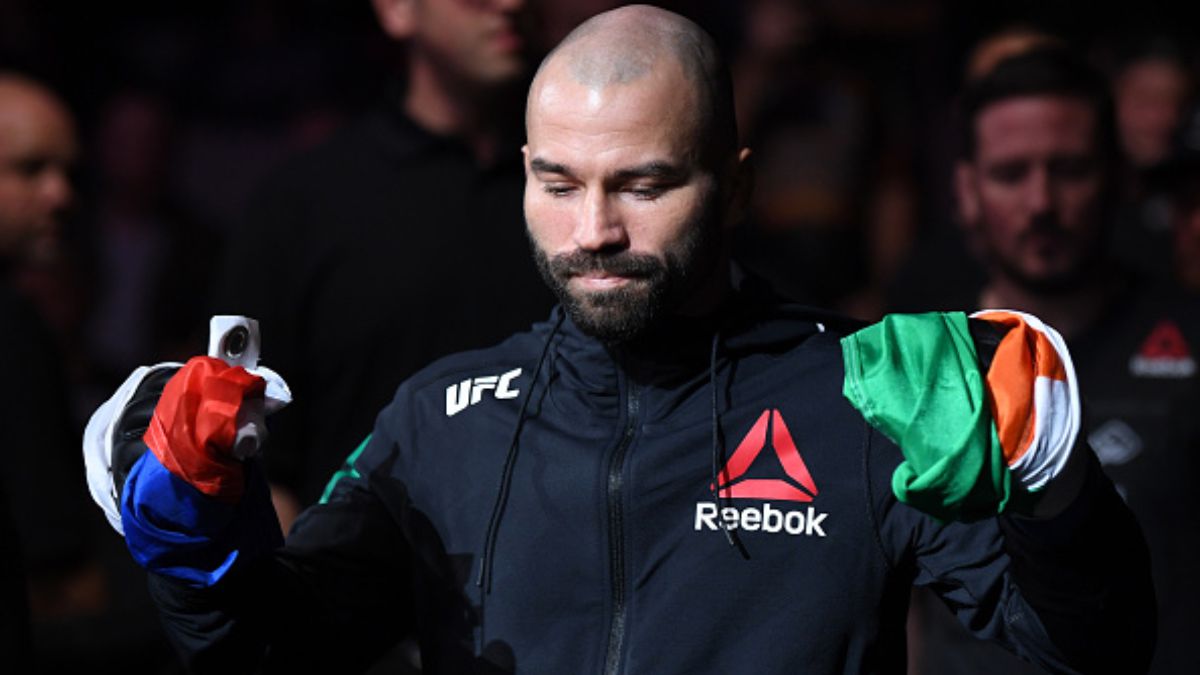