Leon Edwards feels UFC brass are looking for reasons to keep him from his title shot.

One would think that a competitor who hasn’t lost in his last ten outings would be a shoo-in for a shot at the champion. Yet, Leon Edwards (19-3-1) feels the promotion he fights for is attempting to deny him his glory.

Edwards’ last outing saw him outclass fan-favorite Nate Diaz for five rounds at UFC 263. Diaz offered little in the way of offense for his opponent but a single blow is what most people remember. Diaz, who is more known for his volume punching than his outright power, landed a left hand across the face of Edwards. The Brit was noticeably staggered and struggled to maintain his balance momentarily.

Diaz pointed and laughed but was unable to capitalize on the blow. Edwards went on to win but the punch led to memes and internet clamor.

When asked if he was paying the price for that final minute on The MMA Hour, Edwards was to the point.

“For sure, 100%. As soon as I left the Octagon, I said this straight away to Tim and to my coaches, Fuck, I know they’re finding any excuse to not give me what I’ve earned. When that happened in the last minute, I was like, ‘Oh, fuck’s sakes. I know it’s gonna be a harder road now to get to my title shot. So I feel like they’re trying to use that as an excuse.”

Edwards was linked to a bout with Jorge Masvidal last week but seemed adamant about waiting for a championship fight. “Rocky” now seems open to the idea of fighting Masvidal at the end of the year. This would keep Edwards active while the world awaits Colby Covington and Kamaru Usman 2 to play out in November at UFC 268. 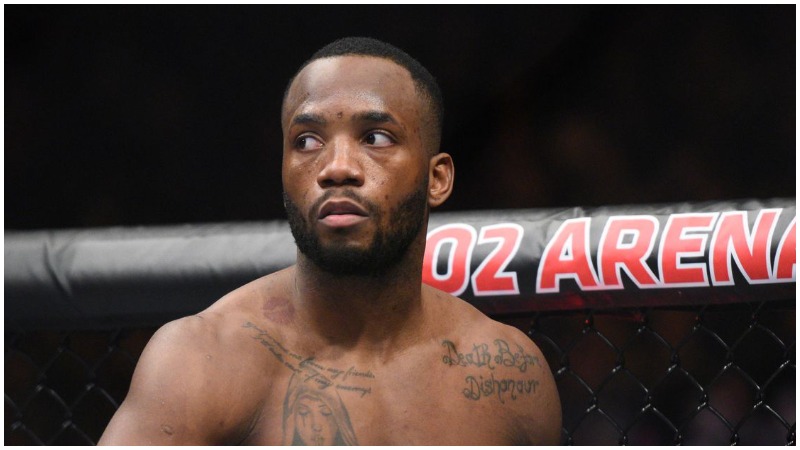