Leon Edwards believes he is in need of some “Dana White privilege.”

Edwards is the number three-ranked UFC welterweight. He has gone 9-0, 1 NC in his last 10 outings. He hasn’t lost a bout since Dec. 2015. The loss came at the hands of current UFC Welterweight Champion Kamaru Usman.

Despite his long string of success inside the Octagon, “Rocky” has yet to receive a title shot. During an appearance on MMAFighting’s The MMA Hour, Edwards told host Ariel Helwani the one thing he believes he may need to get over the hump.

“I can not answer that, Ariel, to be fair. Like you said, it’s been, what, six years since my last loss? Colby went and got beat by the champion, went and fought Woodley, the fight ended by injury, sat for over a year, and got a title shot? When I go out and get 10 fights in a row, ‘He needs one more. He needs one more.’ Every time, it’s one more. And I feel they’re trying to get me beat, but I cannot lose, and I will not lose. I truly believe that I will be the next world champion, and they’re trying to hold me back from it. But it’s coming. I truly believe it.

“I need that Dana White privilege…”

Edwards was last seen in action back in June. He competed in a five-round welterweight tilt with Nate Diaz at UFC 263. Leon Edwards won the fight via unanimous decision. It was mostly a one-sided fight until Edwards got rocked by a one-two combination near the end of the fight.

Edwards was passed over for a title shot in favor of Colby Covington. Covington will get a second crack at Usman’s 170-pound gold in the main event of UFC 268. The event will take place inside Madison Square Garden in New York City. 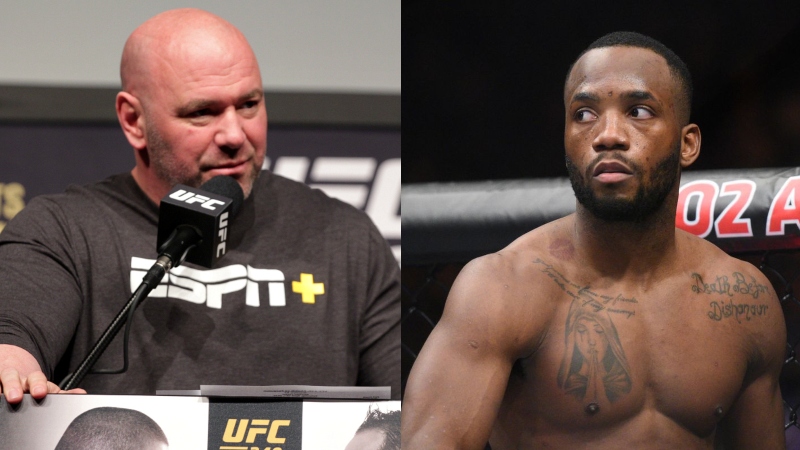