Leon Edwards’ efforts of securing his next opponent has come full circle after his fight against Khamzat Chimaev fell through once again.

It was reported earlier today that Khamzat Chimaev will be unable to compete on Jan. 20 in the main event against Leon Edwards for undisclosed reasons, which means that Edwards is again without an opponent. Leon Edwards had a very snakebitten 2020 full of cancellations and excruciating waiting, which was set to come to an end on the final card of the year only for Edwards to come down with COVID-19 in what was the first cancellation of his scheduled fight against Chimaev.

Prior to signing to fight Tyron Woodley in March in what was Leon Edwards’ first fight cancellation of the year, Edwards had another opponent in mind: Jorge Masvidal. After infamously being force-fed a combo of a three-piece and a soda, Edwards has been chomping at the bit to return the favor in a grudge match, at one point even proposing to fight Masvidal in the streets. Now that both Edwards’ and Masvidal’s schedules are clear again, Edwards would revert to calling out Masvidal in a colorful manner after making it known that he would still like to remain on the Jan. 20 card.

Where that bitch Jorge at?

“Rest up Khamzat, i’m sure ill see you soon.  But I want to fight January 20th on the island @danawhite @seanshelby @ufc lets make it happen.”

“Where that bitch Jorge at?” Edwards tweeted.

Kevin Holland has offered to step in for Chimaev to face Leon Edwards, but with Holland’s next bout against Derek Brunson being announced today, that seems extremely unlikely. There have been rumblings of a Colby Covington vs. Jorge Masvidal fight, but Covington claims that talks have stalled on this fight from Masvidal’s end. If that is true, it’s possible the UFC and Masvidal may both look at the new Jan. 20 vacancy as an opportunity to finally cash in on the Masvidal/Edwards beef.

Do you think the UFC should pursue a fight between Jorge Masvidal and Leon Edwards on Jan. 20? 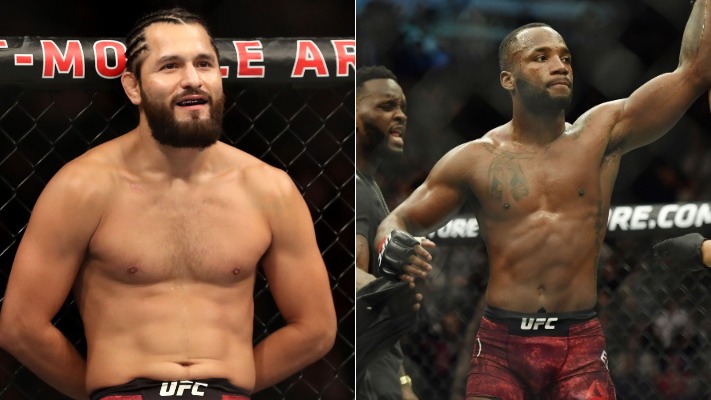