Lauren Murphy Shares A Potential Path To Victory Against Shevchenko
published on September 23, 2021
curated and posted by BRWLRZ Team

Lauren Murphy will challenge for Valentina Shevchenko‘s 125-pound belt this weekend and believes she may have found a kink in the armor of the “Bullet.”

Flyweight champion Valentina Shevchenko will look to make history against Lauren Murphy this Saturday with a potential sixth title defense. The Kyrgyzstan native captured UFC gold in 2018 and has laid waste to the 125-pound division since wearing the crown. While many thought Jéssica Andrade would present the stiffest test for Shevchenko with her violent slams and jousting hooks, Shevchenko won in utter dominance and showed why she believes she will sit atop the throne forever.

Nonetheless, accolades will not matter to Lauren Murphy who has been cutting her teeth on the MMA scene since 2010. In Murphy’s claim to her first shot at gold, the Alaskan fighter has notched five wins in a row against all UFC-ranked opponents at 125 pounds.

Speaking to MMA News reporter James Lynch, Murphy illuminated a possible avenue of success when she offered to put her clinch game on the line against anybody—including “The Bullet”.

“I just have a lot of respect for her as a champion. Obviously, she’s known for her kickboxing, but I think she has probably the best clinch in all of women’s MMA. And I’ve always said I’m willing to put my clinch on the line with anybody. So I’m really excited to see how it matches up against Valentina because I truly believe her clinch is one of the best in the world. Her ground game is actually super-underrated.

“So just watching her, I mean, she does have a submission win over Julianna Peña, who’s known for her ground game. I watched the way that she dealt with Jennifer Maia on the ground, who’s a black belt. Valentina has super, super, super good hips, and she knows how to move.” Murphy said.

Lauren Murphy will have the chance to fight and become only the third flyweight champion in UFC history. Inside a packed T-Mobile Arena in Las Vegas, Nevada, UFC 266: Volkanovski vs. Ortega will not only feature two title fights but the return of the one and only Nick Diaz. In a rematch seventeen years in the making, Diaz will face Robbie Lawler right before Murphy attempts to rip the title from the hands of one of the most dominant champions in UFC history.

Do you think Lauren Murphy can pull off the upset at UFC 266? 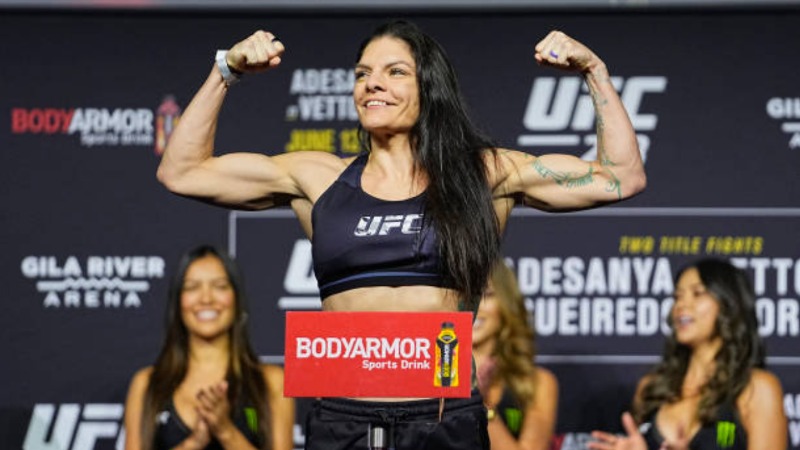