Korean Zombie The ‘Frontrunner’ To Replace Holloway Against Volkanovski
published on January 8, 2022
curated and posted by BRWLRZ Team

The Korean Zombie might get the push to replace Max Holloway in an upcoming title fight against UFC Featherweight Champion Alexander Volkanovski.

Shortly after news broke that Holloway was out of his UFC 272 fight against Volkanovski, people started to wonder what will be next for the champion. Many names were suggested for Volkanovski, with Chan Sung Jung, better known as The Korean Zombie, being one of them.

While nothing has been reported to be set up as of yet, a recent post from journalist Ariel Helwani has said that Zombie is currently the “frontrunner” for a title fight against Volkanovski. It is not known at the moment whether this fight would remain on the March 5th pay-per-view card or be shifted to a different date.

Volkanovski has since taken to Twitter to express his enthusiasm in this matchup, posting “Let’s do this!!” while tagging Zombie.

Volkanovski was originally set to face Holloway in a trilogy fight. His second fight against Holloway came in 2020 and saw him defend his belt for the first time in split-decision fashion.

Volkanovski has since defended his belt again, going five rounds against Brian Ortega for a scorecard victory.

The Korean Zombie made a clear push towards a title fight in 2019, attaining first-round wins over Renato Moicano and Frankie Edgar. That momentum was later stopped by Ortega, who beat him in the main event of a show in 2020.

Zombie has since bounced back with a big win, beating Dan Ige via unanimous decision in June 2021.

While Zombie could be the next opponent for Volkanovski, he certainly isn’t the only fighter that wants the bout. Former UFC Bantamweight and Flyweight Champion Henry Cejudo threw his hat into the mix Friday. He did so by posting a photoshopped fight graphic of him and Volkanovski.

Would you be interested in seeing The Korean Zombie against Alexander Volkanovski? 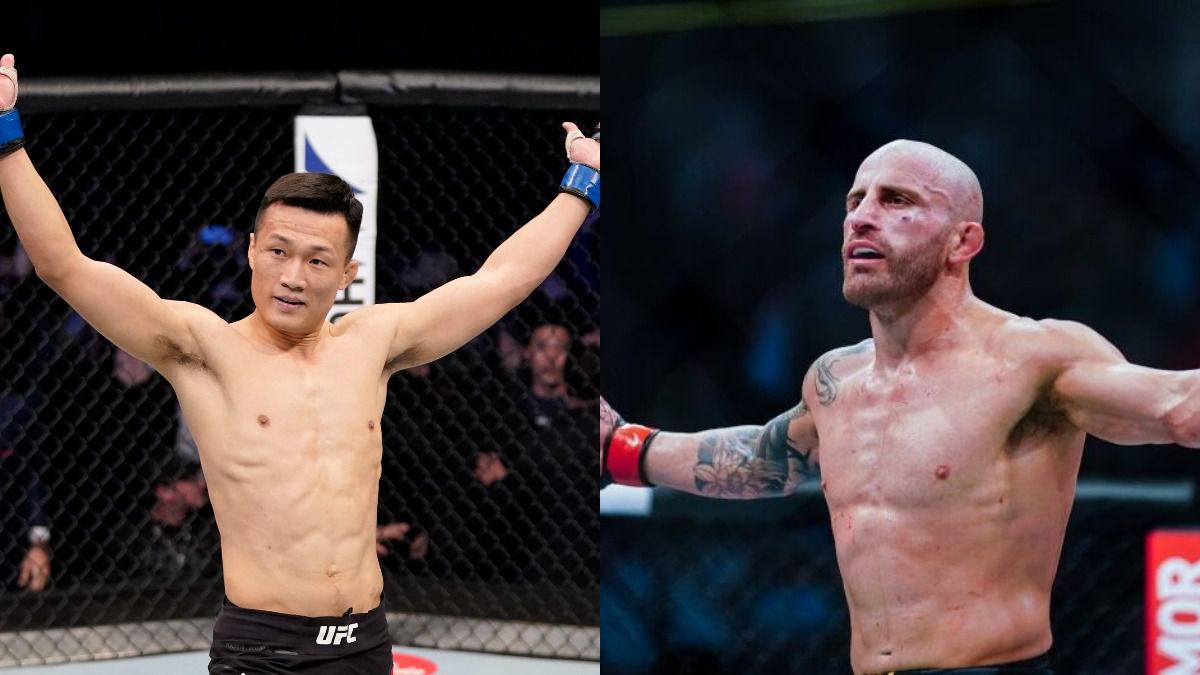