Khamzat Chimaev Strapped With AK In Latest Gangster Challenge To Diaz
published on November 15, 2021
curated and posted by BRWLRZ Team

Khamzat Chimaev is still coming after Nate Diaz, and he is raising the stakes.

Chimaev has been going after both of the Diaz brothers over the last few weeks, with particular attention being paid to the younger of the pair. The UFC has been interested in pairing the Chechen with Nate Diaz for the last fight on Diaz’s contract, and this is something that the rising hot prospect has gotten behind.

Chimaev took his efforts to get this fight to a new level recently, with a callout that he posted to Twitter. Here, he was seen touting what appears to be a variation of an AK, as well as a handgun, while warning of an incoming takeover of the 209.

Time will tell if the UFC is able to get a deal done between Nate Diaz and Khamzat Chimaev, or if another option happens instead. There are honestly little matchups that would be bad for the fifth UFC fight of Khamzat Chimaev. He already offered to fight Leon Edwards after Jorge Masvidal pulled out of their fight due to injury, but even if that does not happen, Diaz or anybody else would be exciting to see.

What do you make of this latest warning issued by Khamzat Chimaev? 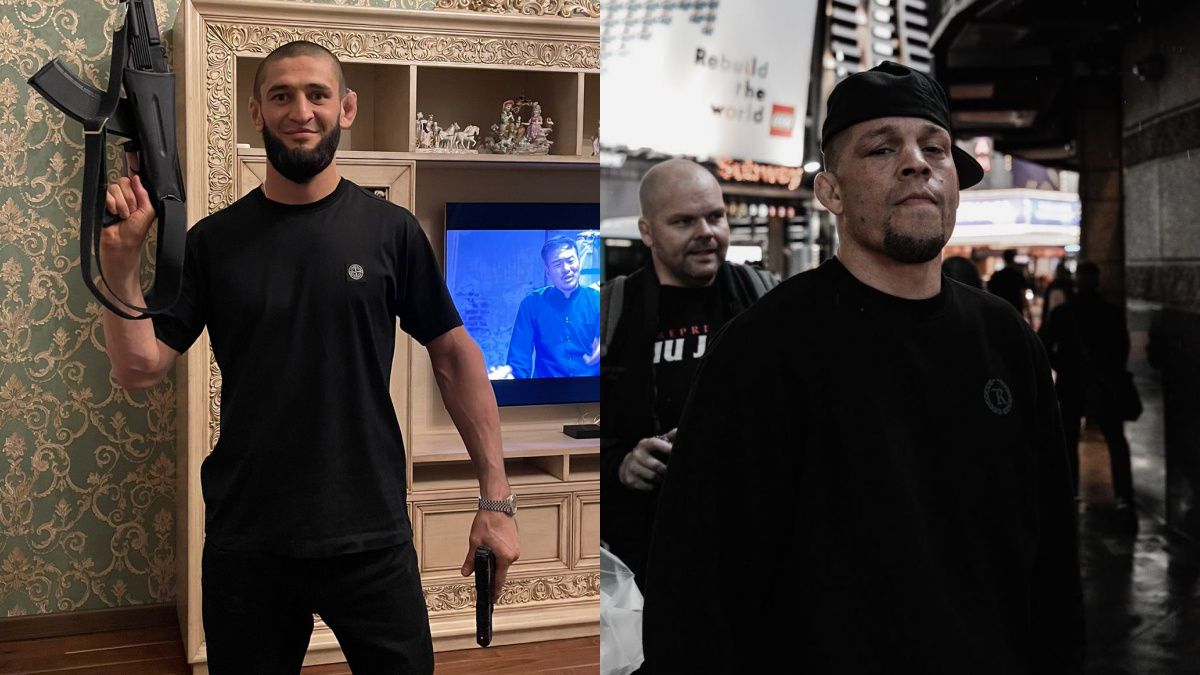