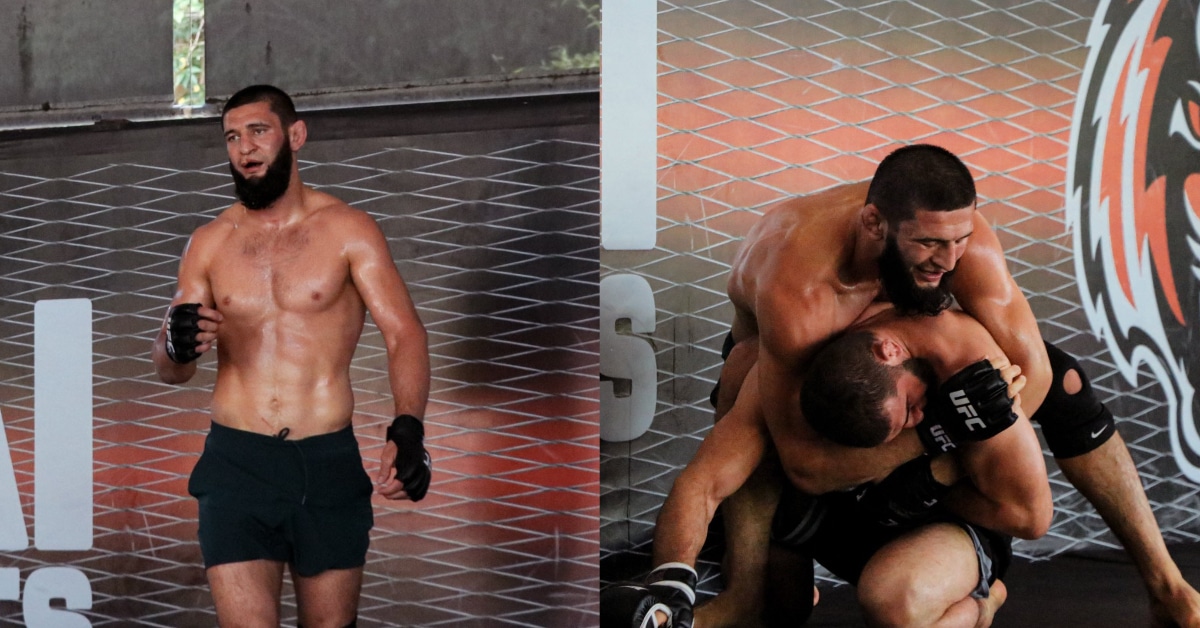 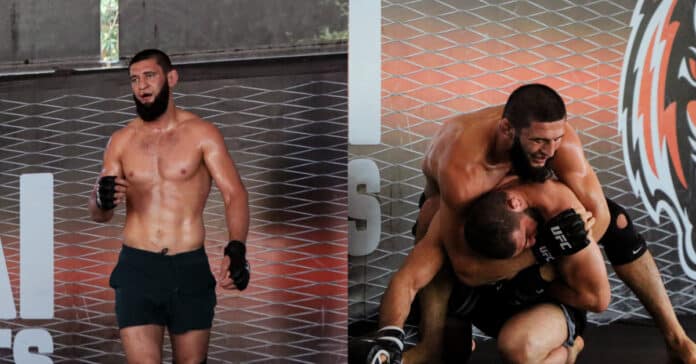 Khamzat Chimaev is back training at the famous Tiger Muay Thai gym in Phuket, Thailand.

The Undefeated star trains out of Allstar Training Center but has put in some work at Tiger Muay Thai, one of the best gyms in the world. Several elite level mixed martial artists have trained at the Thailand gym, including UFC champions Alexander Volkanovski, Petr Yan, Valentina Shevchenko, and Israel Adesanya.

Welcome back to Tiger Muay Thai to @KChimaev!
Khamzat spent a large portion of his fight camp here at Tiger Muay Thai to prepare for his victory over Gilbert Burns last year, and is now back here to stay sharp while awaiting his next bout to be confirmed.#ufc #tigermuaythai pic.twitter.com/532O5m0bMH

This isn’t the first time Chimaev has spent time at the gym. He trained there before his fight against Gilbert Burns in early 2022.

The 28-year-old has been dominant in his MMA career. Chimaev (12-0) has six knockouts, five submissions, and one decision under his belt. His UFC run include wins over Kevin Holland, Gilbert Burns, Li Jingliang, Gerald Meerschaert, Rhys McKee, and John Phillips. The ‘Fight Island’ standout holds the UFC record for the quickest time between three victories at 66 days.

Khamzat Chimaev Does Not Have A Fight Booked

“Borz” is not yet scheduled for a fight in 2023. In a December 2022 episode of his VLOG, Chimaev provided a glimpse into his intense training camp. The No. 3 ranked welterweight opened up about wanting a fight in March but was adamant that no one wanted to sign a bout agreement.

“Gonna fight somebody. I don’t know who. They change opponents all the time. Every week, I have a new opponent but nobody wants to fight. The guys speak a lot of trash talk, a lot of s**t about me. ‘I want to fight you! I want to fight you!’ But when it comes to the fight and sign the contract, everyone runs away.”

After a 170-pound weight miss at UFC 279, it is unknown whether Chimaev’s next fight will be at welterweight or middleweight. In the meantime, Chimaev is sharpening his skills at Tiger Muay Thai while he waits for the next challenge in his UFC career.