Khamzat Chimaev Comments On Possible Fights With Darren Till & Demian Maia
published on October 16, 2020
curated and posted by BRWLRZ Team

Khamzat Chimaev isn’t sure who he is fighting next but is pretty confident he can defeat whoever it may be. He spoke with reporters recently in Abu Dhabi about some possible future opponents.

“I don’t know,” Chimaev admitted regarding who his next opponent is (via MMAFighting). “I’m waiting for somebody. We will see. Many guys say, ‘He’s not top-10. Nobody knows him.’ Everybody talk about me, how they can say that nobody knows me? I think these guys are scared, they talk bullsh*t.”

Darren Till has been lobbying for a bout with the undefeated fighter. Chimaev noted that Till is not on his level, however.

Chimaev was once rumored to be fighting Demian Maia next. It’s not clear if that is still the plan, however. Chimaev says that he would like to face the longtime UFC veteran and possibly even submit him.

Overall, Chimaev is not that concerned with who his next opponent will be.

“For me it doesn’t matter,” Chimaev continued. “I want to fight, I love to fight. The belt is coming. What are they gonna do? I finished all my opponents. They have to give me the belt.”

Footage of Chimaev’s interview can be viewed in the player below: 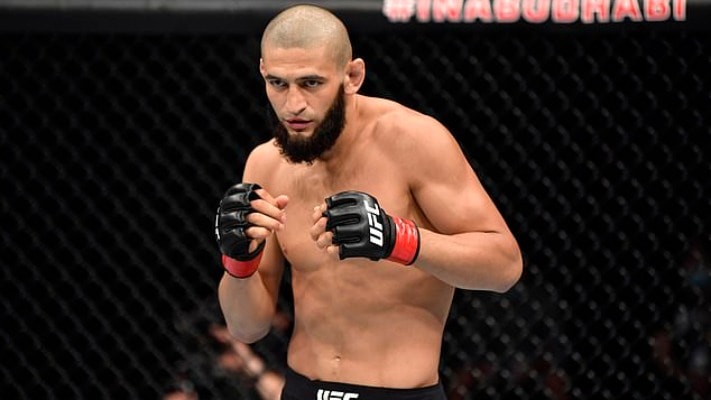