Khamzat Chimaev has called out a pair of former UFC champions on Twitter.

Chimaev took the MMA world by storm last year. During COVID-19 lockdowns, many fighters were stuck due to travel restrictions. The UFC was still putting on shows while most of the sports world was still on hold. This meant the promotion needed fighters to fill their cards.

Last July was when UFC fans first witnessed Chimaev do his thing in the Octagon. Then, ten days later, he dropped a weight class and fought again. Just under two months after that, Chimaev had won three bouts in the UFC.  “Borz” had become a household name among MMA fans in just a few months.

Now, Chimaev is seen as a potential contender to Kamaru Usman’s throne by many. He may need a couple of more wins to reach the title shot, but in the meantime, the wrestling standout is taking to Twitter to shoot his shot against a couple of former belt holders.

“New King of UFC vs a Legend. What you think ? @GeorgesStPierre“

Georges St-Pierre hasn’t stepped foot in the cage since 2017 when he went up a weight class and won the middleweight belt after choking out Michael Bisping. GSP seems firmly retired at this point. There was a time when it seemed the UFC Hall of Famer may come back for a bout with Khabib Nurmagomedov, but with “The Eagle” hanging up his gloves last year, that seems dead in the water.

While it’s unlikely the welterweight great returns, he was at least in the same weight class as Chimaev. The other former champ on the freestyle wrestler’s radar outweighs him by nearly 100lbs.

“Let’s fight till one man leaves the cage  @BrockLesnar“

Of course, there’s virtually no way a match between the former heavyweight champion and Chimaev will materialize. Despite the size difference, Lesnar hasn’t fought since 2016. Then the behemoth skipped the USADA pool and beat Mark Hunt at UFC 200, only to fail his drug test following the bout.

Chimaev’s most recent performance saw him run through Li Jingliang and UFC 267. The Swedish mixed martial artist needed just over three minutes to make a statement in his only bout of 2021 thus far.

Just in case neither of these two bouts materialize, Chimaev also challenged Daniel Cormier for a wrestling match to complete his triad of unlikely callouts on Monday.

How do you think Khamzat Chimaev would fare against Georges St-Pierre and Brock Lesnar? 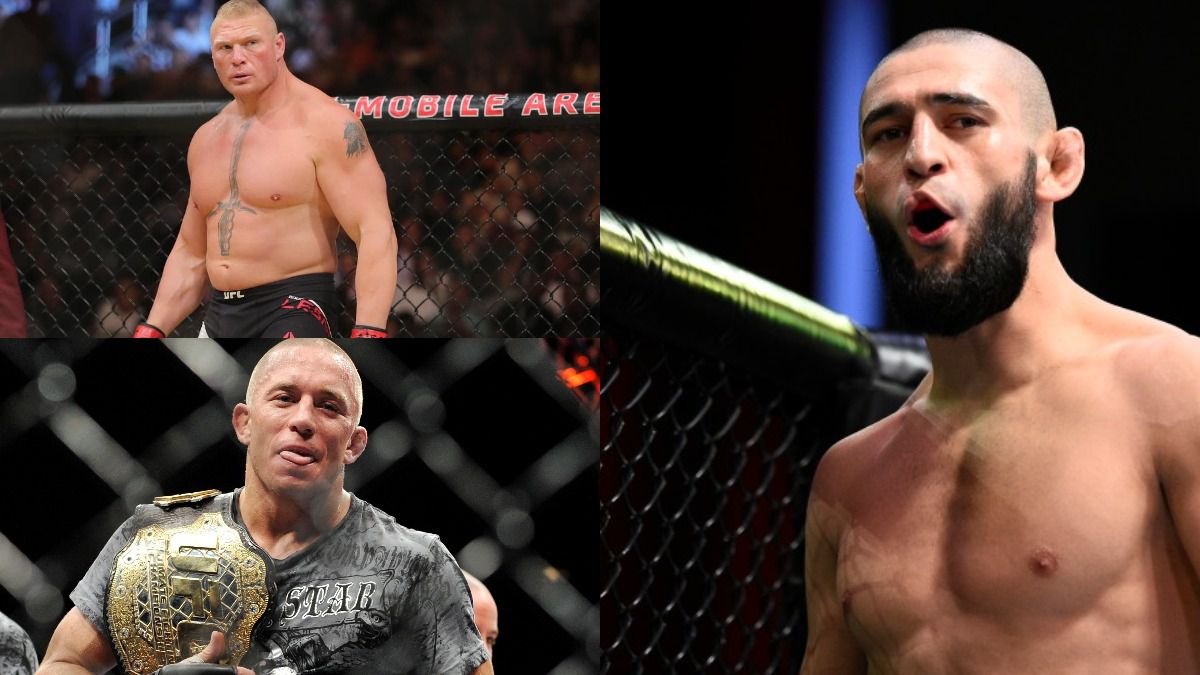