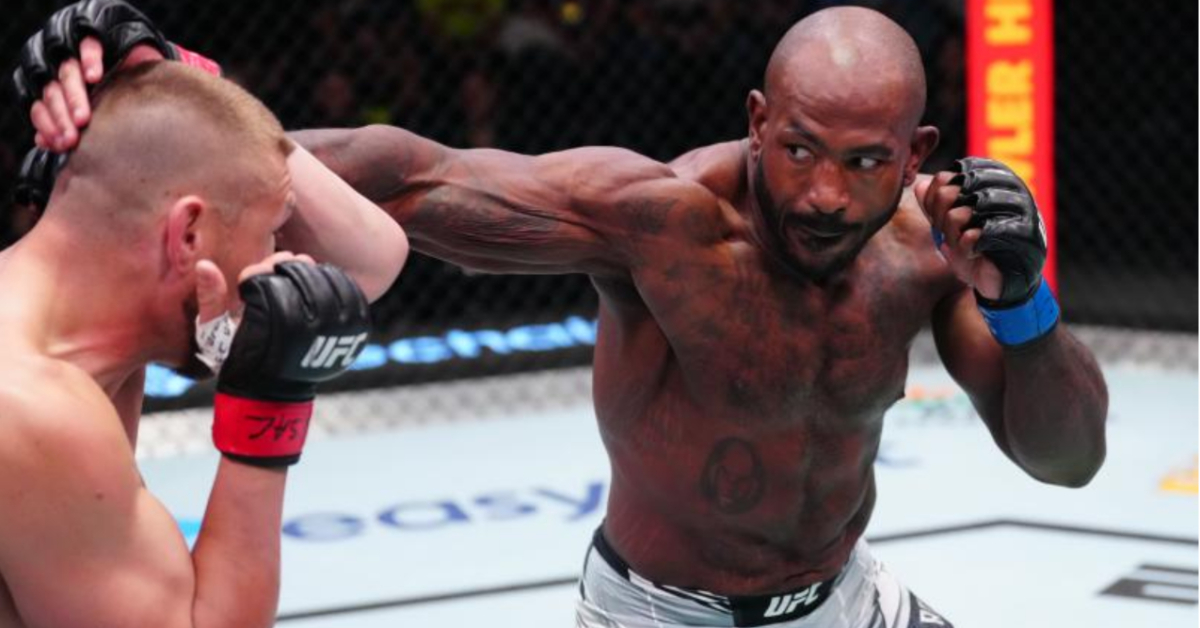 Rountree, who entered tonight’s outing against Jacoby off the back of a pair of devastating victories over Karl Roberson, and Modestas Bukauskas — the second of which courtesy of a brutal leg stomp TKO win, earned his third consecutive victory with tonight’s win.

Electing to stand with kickboxing talent, Jacoby throughout tonight’s main card opener, Rountree managed to keep his energy reserve primed for a third round series of explosions landing the bigger shots compared to a peppering approach from the always-active Jacoby throughout the three round limit.

Following the victory, Rountree informed former UFC middleweight champion, Michael Bisping, and Dana White and UFC matchmakers that he would not be fighting again until EA Sports made a character of him in their UFC 4 video game.

Below, catch the highlights from Khalil Rountree’s close decision win over Dustin Jacoby