Khabib Nurmagomedov’s manager has issued a correction that may serve as a hint that the champion is not quite ready to vacate the lightweight championship.

Khabib Nurmagomedov is still the lightweight champion, even after retiring from the sport in the Octagon at UFC 254. Instead of the title being vacated or Nurmagomedov dropping from the rankings, he became the #1 pound-for-pound fighter in the world and continues to occupy the lightweight champion slot as well. This may be because Nurmagomedov has yet to take the extra step to finalize his retirement or it could have more to do with Dana White and the UFC’s insistence to make one final pitch to Nurmagomedov to cancel his retirement plans. Whatever the reason, the retirement has not been recognized formally by the UFC and some people directly involved with Khabib’s career, including manager Ali Abdelaziz.

Ali Abdelaziz has hinted in the past that Khabib Nurmagomedov will fight again, so it is not entirely surprising that he is disputing recently reported comments from his client because either he has inside information that supports the idea that Nurmagomedov may return or he may be holding out hope for a return on a personal and/or professional level.

Whatever the case may be, Ali decided to take to Twitter Monday night to dispute a translation from RT Sport of a recent interview and the ensuing articles that followed which stated that Khabib Nurmagomedov said the winner of Conor McGregor vs. Dustin Poirier at UFC 257 will be the new lightweight champion.

“Enough with the fake news. Khabib said the winner of this fight will fight for the title he didn’t say the winner will become champion, #ClickBait” Abdelaziz wrote.

There is expected to be a meeting between Khabib and Dana White within the next couple of weeks that will presumably determine the fate of the lightweight championship, just in time for UFC 257, which takes place on January 23. If Nurmagomedov does decide to return and there is no other identified opponent for him, he may have to walk back earlier statements that he has no interest to rematch either Poirier or McGregor.

Do you think there’s any chance we see Khabib Nurmagomedov return to face the winner of Conor McGregor and Dustin Poirier? 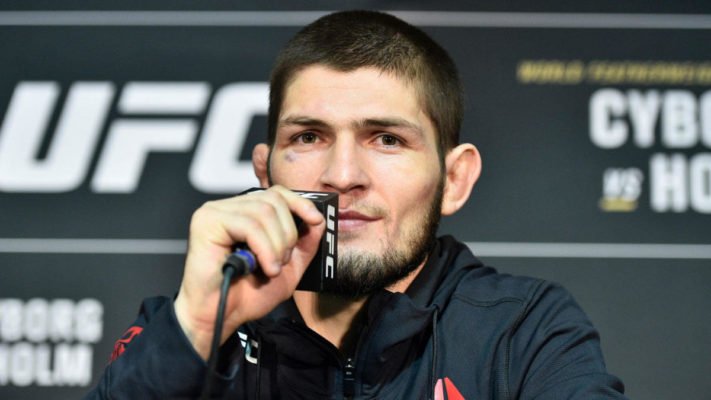