Khabib Shares A Time He Was Ready To Fight An Overzealous Fan
published on December 31, 2021
curated and posted by BRWLRZ Team

The price of fame appears to be weighing heavily on Khabib Nurmagomedov.

The consensus lightweight GOAT retired from MMA over a year ago and has since transitioned into a highly successful coaching career. Like he was in the UFC, as a coach Khabib remains undefeated, having most recently steered Islam Makhachev to victory at UFC 267. His record as a coach stands at 7-0.

While “The Eagle” remains content helping out his teammates from the sidelines, he’s still very much in the headlines. This year, Nurmagomedov leveled some honest yet fiery criticisms at former opponent Justin Gaethje, who he claims isn’t worthy of a lightweight title shot over Makhachev. Khabib also went after old foe Tony Ferguson, and even José Aldo caught some of “The Eagle’s” brutally honest critiques.

Khabib Shares How He Deals With Fame, Tells Story Of Almost Fighting Fan

So it seems Nurmagomedov is still very much in the MMA limelight, and as one of the sport’s most recognizable faces, will be for a long time. But the life of a global sports star hasn’t been all roses for Khabib.

Speaking at an event in the UK, the 33-year-old revealed that to avoid the thronging masses of fans who regularly clamor for his attention, he often goes out completely incognito, wearing a hoodie and COVID mask.

“This is best feeling—go outside when people not bother you, just be like regular person. Sometimes I do this,” said Khabib.

Khabib’s disguise isn’t always foolproof, however. The Dagestani related an incident—one of many, he claims—where a fan spotted him, and things got a little tense.

“In Moscow, couple weeks ago, I put mask, hoodie, and just walk around, and one guy come to meet,” said Khabib. “It was a lot of people there. And (he said), ‘Can I take picture?’ And I was walking. I said, ‘No.’ He said, ‘Why?’ I said, ‘Because I don’t want.’ It was (a discussion) between me and him, just walking. He said, ‘But I want to take picture with you.’ I said, ‘OK, take on the way, but I don’t want to stop.’ Because I know if I stop, put mask off, I have to stop there for one hour. And he don’t like this. It was very nervous (discussion) with him. I feel pressure, too. But I was ready for fight. Because I don’t want to take picture. Because now is not time.”

How would you handle a situation like the one Khabib found himself in with this overzealous fan? 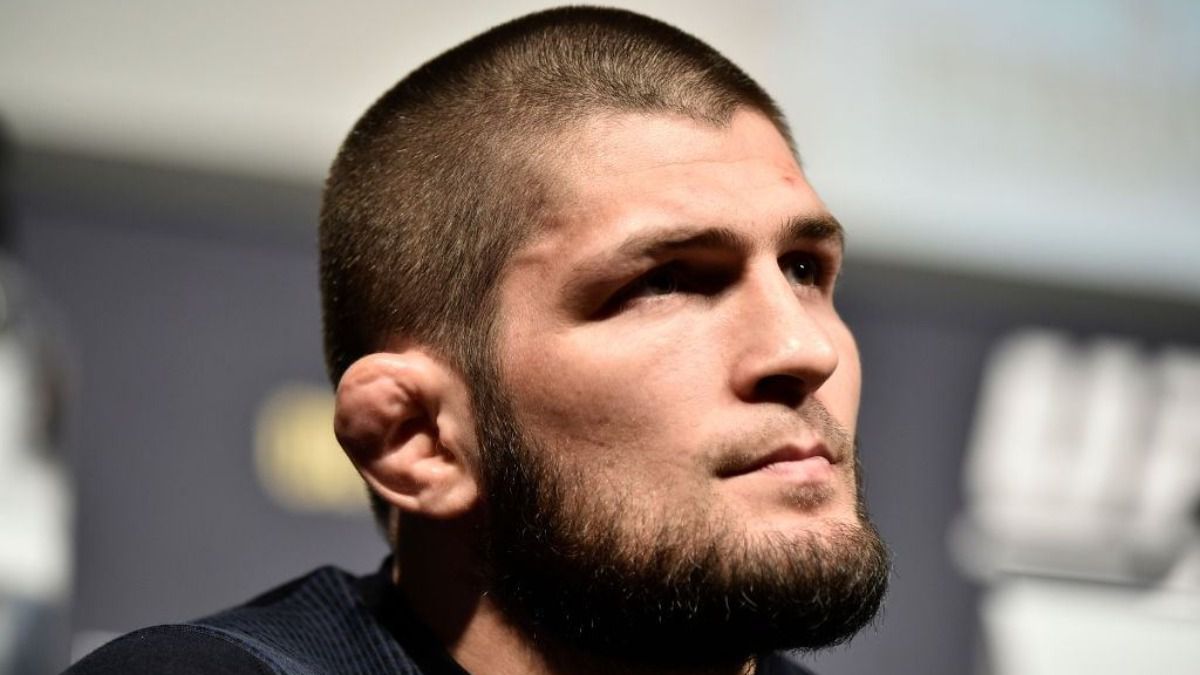