If Khabib Nurmagomedov is to be believed, February 26 could prove to be a very lucrative date for surging Dagestani Islam Makhachev.

Since a 2015 defeat to Adriano Martins, Makhachev has looked unstoppable. In nine straight wins, the 30-year-old has added the likes of Nik Lentz, Gleison Tibau, Arman Tsarukyan, Davi Ramos, and Drew Dober to his résumé. With triumphs number eight and nine, Makhachev turned it up a notch.

In his first UFC main event, the American Kickboxing Academy product submitted Thiago Moisés with a fourth-round rear-naked choke. Having entered the lightweight top five, Makhachev had been set for a grudge match against rival Rafael dos Anjos at UFC 267. After the Brazilian withdrew, he faced perennial contender Dan Hooker. With a brutal first-round kimura, Makhachev secured his third submission win of 2021.

Now inches away from a title shot, Makhachev will look to secure his place opposite the champion in 2022. He looks set to have the chance to do so in a UFC Fight Night main event against #3-ranked contender Beneil Dariush.

Both lightweights have agreed and the promotion has not yet announced a location for the event. pic.twitter.com/e1JWq39027

It Could Be A Lucrative Night For Makhachev

Like Makhachev, Dariush has also built an impressive winning streak in recent years. Since losses to Edson Barboza and Alexander Hernandez, the 32-year-old has defeated the likes of Dober, Moisés, Drakkar Klose, and Carlos Diego Ferreira. Dariush secured his place in the top five and in title contention with a dominant co-main event display against Tony Ferguson at UFC 262.

Despite facing an in-form opponent with grappling credentials that could perhaps match his own, don’t be surprised if Makhachev pushes for a finish. That’s because, according to the Dagestani’s compatriot, friend, and teammate Khabib Nurmagomedov, the UFC has offered the #4-ranked contender a “double bonus” if he puts Dariush away inside the distance.

“And Beneil and Islam, this is truly and 100% number-one contender fight. Who’s gonna win, they gonna fight for the title. And UFC told Islam (this),” Khabib told ESPN MMA. ” And you know what’s interesting? If Islam finish him, they gonna give him double bonus. And you know, it’s very interesting,” the former UFC champion said with a smirk. “This is just private news. I just want to share it with you and friends because it’s very interesting. And UFC really, really want this fight.”

So a guaranteed title fight and a double bonus? Dana White is certainly playing the role of Santa for the Makhachev camp this Christmas.

While “The Eagle” added that he’s not certain if Dariush has been offered the same, it’s hard to imagine this being a one-sided offer. Although if the promotion is as high on Makhachev as many believe, perhaps these are the lengths they’re willing to go to push a favored fighter..

What do you make of the UFC’s offer of a double bonus to Islam Makhachev if he finishes Beneil Dariush? 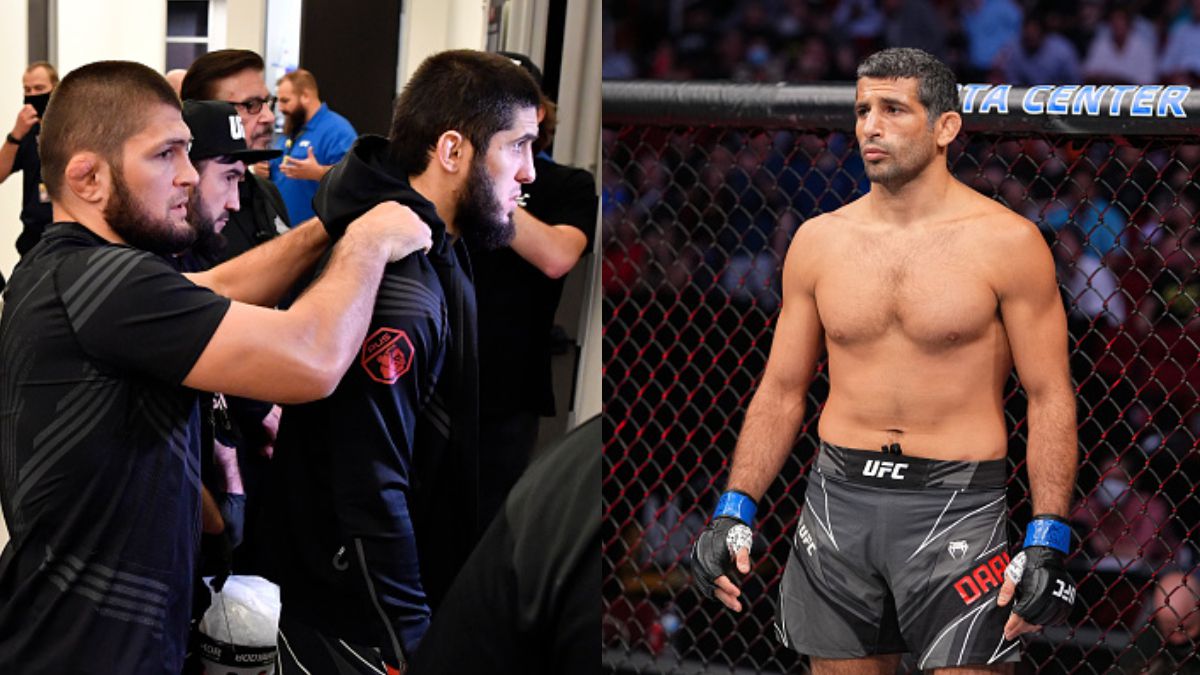