Khabib Puts To Rest A Recent Accusation Made By Justin Gaethje
published on December 1, 2021
curated and posted by BRWLRZ Team

Khabib has put to rest any doubt about where he stands on the UFC lightweight title picture.

Although Khabib Nurmagomedov has been retired from competition for over a year, he has remained a steady fixture in the MMA world. He has started his own promotion, has experienced success as a coach for his AKA teammates, and has never shied away from sharing his thoughts on any subject brought to him—whether it be the value of ring girls or discussing the careers of his close friends.

Recently, Khabib offered such thoughts regarding the lightweight title picture. The former champion expressed that Islam Makhachev was more deserving of a title shot than Justin Gaethje due to Makhachev’s nine-fight winning streak and the fact that Gaethje just had a title shot one fight ago.

That shot, of course, came against Khabib himself in what was his final bout, which saw him submit Gaethje in the second round at UFC 254. Khabib reminded Gaethje of this result when arguing in favor of Makhachev receiving the next title shot.

“In last 8 fight, you got finished 3 times Justin,” Khabib wrote. “You had an opportunity to become champion, but you fell asleep Islam is on the 9 win streak, 3 fight in 2021 and all finishes. Just shut up and admit that Islam deserves this title shot, not you,” Khabib wrote.

When Gaethje read the above comment from Khabib, he doubted its authenticity.

I honestly do not believe it’s @TeamKhabib saying this stuff. He got someone else running that shit or something.

“I honestly do not believe it’s [Khabib Nurmagomedov] saying this stuff,” Gaethje tweeted. “He got someone running that s**t or something.”

Khabib’s manager, Ali Abdelaziz, has often been accused of running the social media accounts of his clients and tweeting on their behalf. Coincidentally, Abdelaziz is also Gaethje’s manager.

Monday, Khabib decided to express the same argument vocally so that the whole world, including Gaethje, can rest assured whose thoughts were being shared.

The subject of who will challenge the winner of the UFC 269 main event between Charles Oliveira (c) and Dustin Poirier was rendered moot this weekend. Makhachev has been booked to fight Beneil Dariush in February, meaning Justin Gaethje is a virtual lock to receive the next title shot.

Still, Khabib stands by his original opinion that Makhachev was the more deserving of the two. And he went one step further. He also stated that both Dariush and Makhachev are better than Gaethje and implied that the only reason Gaethje is likely next for the title shot is because of politics.

“Any of them, Islam or Dariush, right now, they deserve fight for the title,” Khabib told ESPN. “But we have some big names on lightweight. Like, you cannot say no for Dustin Poirier, Justin Gaethje. These two guys, they have very big name. But (as) fighters, my opinion, they better. Dariush and Islam, these two guys, they better than Dustin and Justin. It’s just my opinion.

“But they have big name and we know this game. And sometimes it’s not enough, like nine-win streak or seven-win streak. It’s not enough to fight for the title. Sometime you have to build your name, you know?”

Khabib would then clarify that his remarks were not influenced by any negative feelings toward Gaethje. On the contrary, the Dagestani holds his former opponent in very high regard dating back even before Gaethje debuted in the UFC.

“I respect Justin. I love this guy,” Khabib said. “This guy is very good guy. 2016 when I was cutting weight, when I supposed to fight with Darrell Horcher, he helped me for cutting weight. Last couple days he (stayed) with me. He was (WSOF) lightweight champion. He’s a very nice guy. I just share with him my opinion.

“My opinion (is) Islam deserve this. Of course, I understand Justin very exciting, Justin, he’s a  real highlight. He’s a real highlight. But it’s my opinion. And I think anybody in UFC right now, doesn’t matter—lightweight, light heavyweight, heavyweight, any weight class—if you have nine-win streak, you have to fight for the title.”

When asked directly if it was really him who left his Instagram comment about Gaethje being undeserving of the next title shot, Khabib was amused by the question.

Do you agree with the UFC’s matchmaking to pair Islam Makhachev against Beneil Dariush instead of granting him the next title shot? 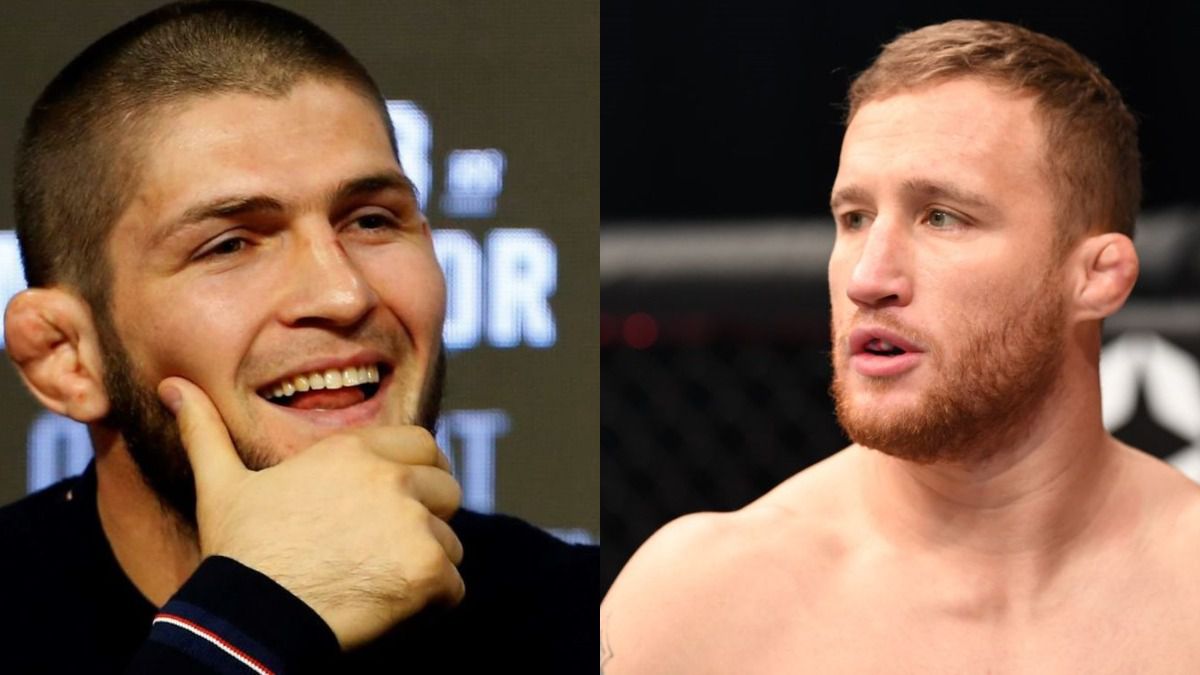