After making some controversial remarks about ring card girls a few months ago, Khabib Nurmagomedov has doubled down on his opinion.

Following his declaration that ‘ring girls are the most useless people in MMA‘, many fans interpreted the statement as inflammatory. There is no question about Khabib’s legacy at this point. At 29-0, he will go down as one of the best fighters to ever put on the gloves. As a promoter, though, he is relatively green. The Eagle FC President has now defended his reasoning behind not wanting ring girls present at his promotion.

“Couple month ago, someone ask me about… I have promotion. I have my own promotion Eagle Fighting Championship and someone ask about why there’s no ring girls there. I say because I think (there’s) no reason. It’s my opinion,” Khabib recently said in front of a live audience in Harrogate, UK.

After news circulated about Khabib’s disapproval for ring girls, UFC Flyweight Champion Valentina Shevchenko came to their defense. “Bullet” made the case that ring girls have been integrated into fight shows since the beginning of the UFC. Despite rustling feathers, Nurmagomedov stands by his statement and believes his upbringing played a part in his opinion today.

“I’m born with this, I grew up with this, and I have straight my opinion. Sometimes, like, people, when I say something, they don’t agree with this. But, who cares? I don’t care because I know I am right. In my mind. Because everybody have their own views on something.” Khabib stated.

Growing up in the hills of Dagestan, Russia, Kbabib has his own opinion on the matter, and despite widespread public criticism, doesn’t appear to be changing his stance. The unbeaten and now retired Nurmagomedov was last seen in the Octagon when he defeated Justin Gaethje by a triangle submission in 2020.

What do you make of Khabib’s stance on ring girls? 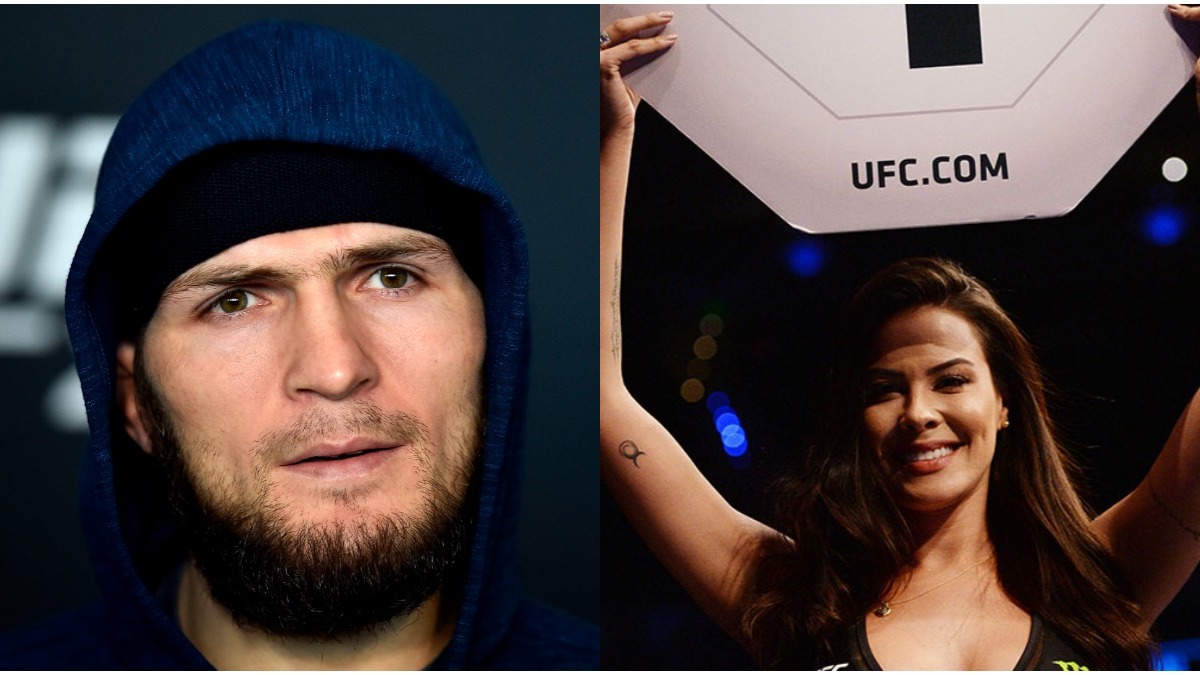