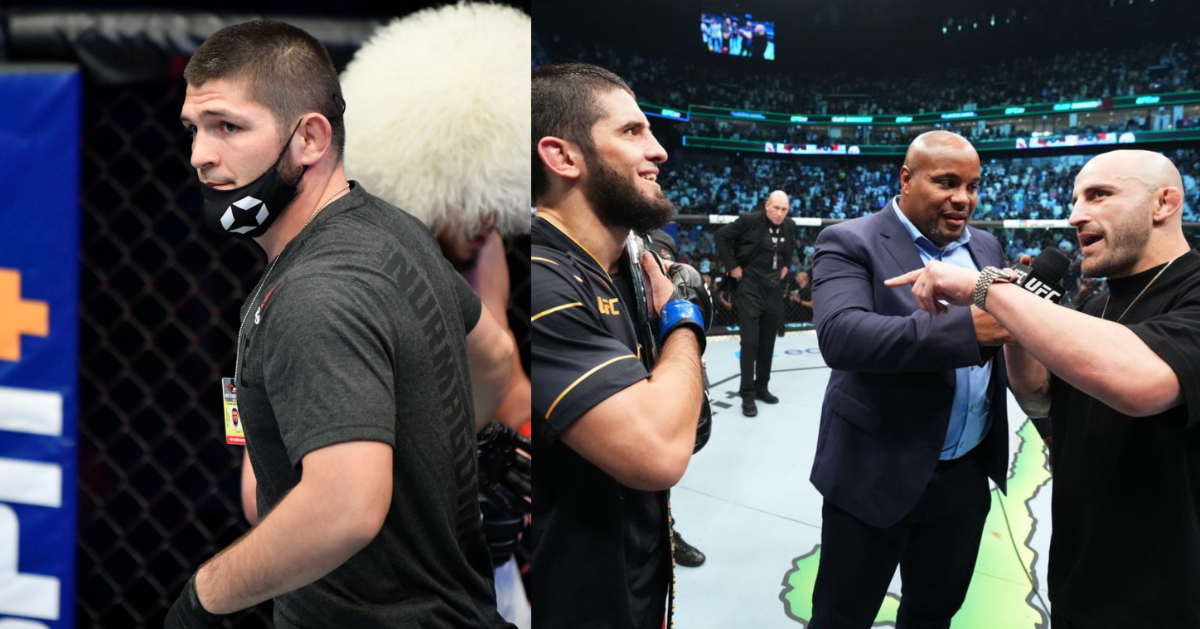 Following his win over Charles Oliveira, Makhachev didn’t take too long to target his first title defense. The newly crowned lightweight champion would call for a fight with featherweight champion, Volkanovski.

“I have a new target,” Makhachev said during post-fight media duties. “I have to be No. 1 pound-for-pound champion, that’s why I have to go to Australia and beat this guy.”

It was no secret this fight would likely be next, Volkanovski has been calling for a shot since his third win over Max Holloway back in July and the 34-year-old even served as a backup for the fight between Makhavchev and Oliveira.

Nurmagomedov has always had the utmost belief in his close friend Makhachev, having predicted him to become champion for some time now. When it comes to Makhachev’s first potential defense against Valkanoscki, Nurmagomedov’s confidence wouldn’t waiver.

When talking to ESPN post-fight, Nurmagomedov was matter-of-fact when explaining how he sees the fight playing out.

Volkanovski has never tasted defeat in the UFC, let alone be finished but Nurmagomdeov claims the reiging 145lb champion has a lot of catching up to do to reach Makhachev’s level.

“Of course, Volkanovski can box.” Nuurmagomedov said. “He have amazing experience. How many time he defend his title?

“Thai clinch gonna kill him. Even if he know this… let him prepare this. How many month? Five month, six month? (Islam’s) doing this 20 years.” (H/T BloodyElbow)

Do you agree with Khabib Nurmagomedov?