Khabib: Michael Chandler Is #1 Contender With Win Over Makhachev
published on October 15, 2020
curated and posted by BRWLRZ Team

Islam Makhachev’s team is not giving up on finding him an opponent for UFC 254, and now lightweight champion Khabib Nurmagomedov is offering a potential title shot to Michael Chandler if he defeats Makhachev.

Earlier today it was revealed that Islam Makhachev has been officially removed from UFC 254 after the promotion failed to find a replacement for Rafael dos Anjos, who was forced to withdraw from his bout against Makhachev due to contracting the coronavirus two weeks out from the fight. Since that revelation, Makhachev’s manager, Ali Abdelaziz offered Tony Ferguson $200,000 to step in to fight Makhachev, only for Ferguson to tell him what he could do with his money.

It has not stopped there, though. As Chael Sonnen has come forward to relay a message to the public, most specifically Michael Chandler, about another generous reward for agreeing to fight Makhachev, with the condition being getting the victory.

“He said, ‘there’s no one I’m closer to than Islam,’” Sonnen revealed on his YouTube channel about a phone call he received from Nurmagomedov. “And he said, ‘I’m telling you right now, if Michael Chandler beats Islam, I will view Michael Chandler (as) the #1 contender, and I want you to get the message out.’”

Khabib has developed a reputation as a man of his word who does not submissively agree to whatever the UFC has in mind. He is also a big proponent of meritocracy and deserving a title shot. That said, if Michael Chandler does take Khabib on his offer and fight Islam Makhachev and come out with a victory, it seems probable, if not very likely that Khabib would indeed lobby for Michael Chandler to get the next title shot.

At the moment, though, Chandler has his sights set directly at the world title, with Chandler being the current replacement fighter for the UFC 254 main event between Nurmagomedov and Justin Gaethje. It seems practical for Chandler to face Makhachev while still being that replacement fighter, but there has been no word on this being a possible scenario outside of the message Khabib has sent out via the courier known as Chael P. Sonnen.

What do you make of Khabib’s proposal to Michael Chandler? 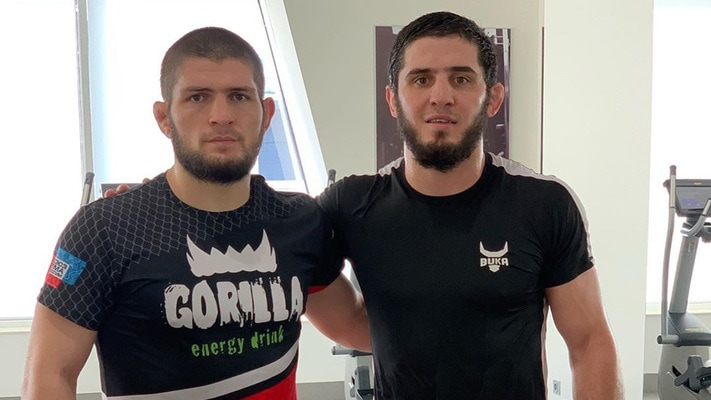