UFC lightweight champion Khabib Nurmagomedov considers the Conor McGregor chapter of his career completely closed, so giving Conor McGregor any grand attention is out of the question.

When Khabib Nurmagomedov submitted Conor McGregor at UFC 229 in October 2018, that put a stop to both the bout and the feud between the two as far as Nurmagomedov is concerned. In the past, Nurmagomedov has even stated that McGregor would need to win 10 fights in a row to see him in the Octagon again. That rhetoric began to get dialed back, with Nurmagomedov revising his rematch requirements to McGregor needing to defeat Dustin Poirier. But though the door to a McGregor rematch that seemed welded shut creaked open a bit, that does not mean Nurmagomedov would go the extra mile and coach The Ultimate Fighter against Conor McGregor, even though this is precisely what the UFC wanted him to do.

Khabib Nurmagomedov’s only desire to look back on his feud with Conor McGregor is to reflect fondly on his submission victory before turning his attention to new opponents who come with less drama.

“Done – everything is done,” Nurmagomedov said. “(On) October 6, I finished him and I finished everything about him. I had new challenges – Dustin Poirier, now, Justin Gaethje. We’ll see who’s going to be next but I don’t think it’s going to be Conor McGregor.”

Khabib’s second title defense will take place in less than two weeks at UFC 254 when he battles interim lightweight champion Justin Gaethje in a highly anticipated unification bout. Who his third defense will be against may hinge on the outcome of the verbally agreed upon McGregor vs. Poirier bout if it comes to pass. And if McGregor were to defeat Poirier, then Nurmagomedov may indeed have to give McGregor all of his attention once again.

What do you make of Khabib Nurmagomedov’s refusal to coach The Ultimate Fighter opposite Conor McGregor? 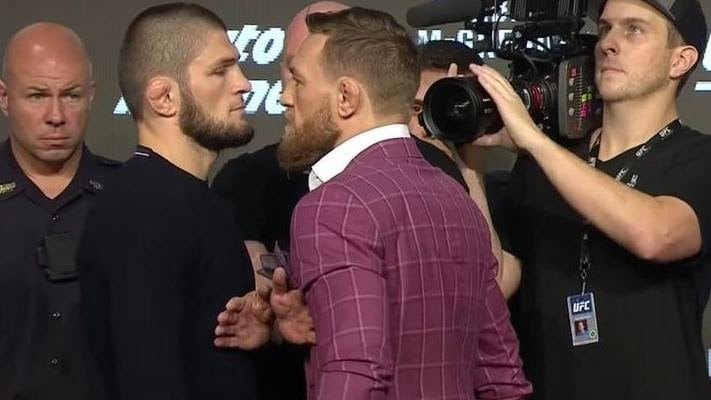