Khabib Admits Islam Makhachev Will Only Land Handful Of UFC Title Defenses: ‘Nobody Can Stay On Top Forever’
published on December 14, 2022
curated and posted by BRWLRZ Team 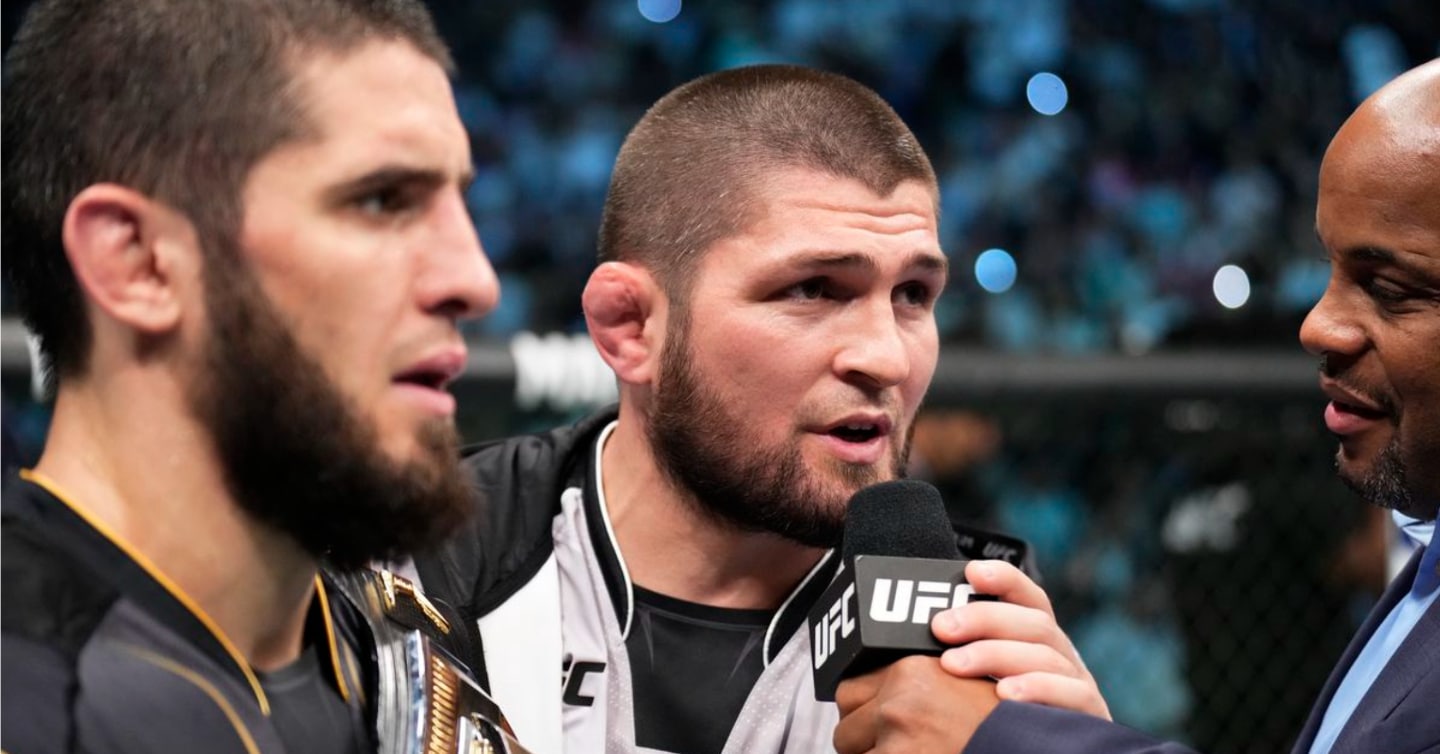 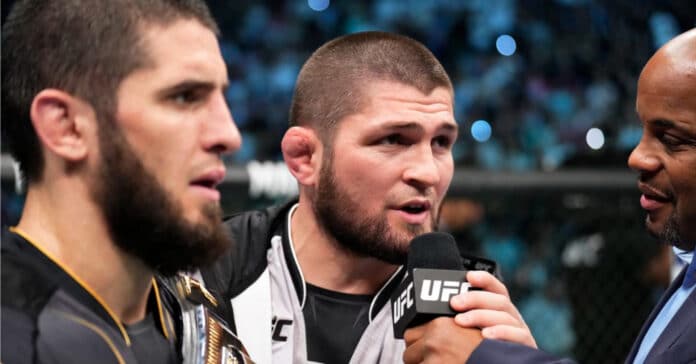 Former undisputed UFC lightweight champion, Khabib Nurmagomedov has claimed that teammate, Islam Makhachev will only land five or six successful defenses of his undisputed crown, admitting that the sport of mixed martial arts will overtake everyone at some point.

Khabib, a former lightweight champion under the banner of the UFC, called time on his professional career in October 2020, after he successfully unified the lightweight crowns with a second round triangle submission win over Justin Gaethje.

As for student and American Kickboxing Academy teammate, Makhachev, the Makhachkala native headlined UFC 280 back in October on ‘Fight Island’ in Abu Dhabi, UAE – successfully clinching the vacant title with a second round arm-triangle win over Charles Oliveira.

In the time since, Islam Makhachev has booked a UFC 284 headlining bout against featherweight champion, Alexander Volkanovski in Perth, Australia next February – attempting to land his first defense of lightweight spoils.

And according to Khabib, his protégé can likely only land five or six successful defenses of his throne before the sport will begin to catch up with him.

“I think he (Islam Makhachev) needs at least five [title defenses],” Khabib Nurmagomedov told Red Corner MMA during a recent interview. “Maybe six. That would be ideal. Six defenses. That’s six fights and three years. Then it’s possible that the sport leaves him because nobody can stay on top forever.” (H/T MMA Fighting)

Bowing out of the sport himself boasting a perfect 29-0 professional record, Khabib, who won the vacant lightweight title in April 2018, landed successful defenses over the trio of former champions, Conor McGregor, Dustin Poirier, Justin Gaethje before calling time on his career in the sport.

In the midst of a stunning 11-fight undefeated spree, Makhachev’s submission win over Oliveira earlier this year came as his fifth consecutive stoppage victory over his undefeated run.