Khabib Admits Alexander Volkanovski Is A Tough Test For Islam Makhachev: ‘He Has Good Experience’
published on November 24, 2022
curated and posted by BRWLRZ Team 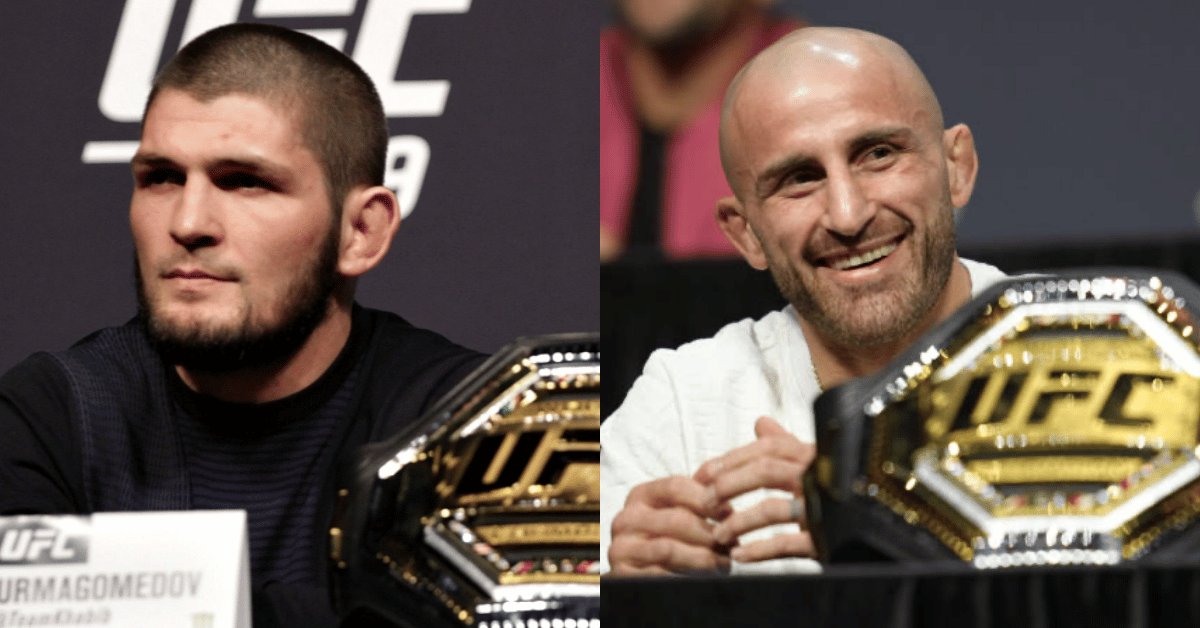 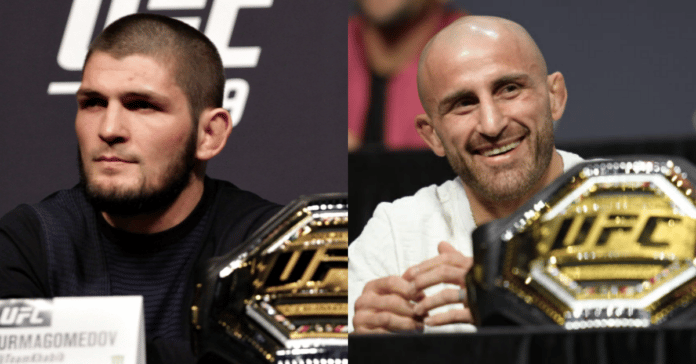 Guiding the surging Makhachev to last month’s pay-per-view headliner against former lightweight titleholder, Oliveira, Khabib watched on from the corner as his compatriot landed a dominant, one-sided second round submission win over the Brazilian – wrapping up an arm-triangle win to land the vacant division crown.

Following the main event bout, Makhachev was joined in the Octagon by undisputed featherweight best, Volkanovski – with the promotion since confirming a lightweight title fight between Makhachev and Volkanovski for UFC 284 in February in Perth, Australia.

Sharing his thoughts on the matchup between his protége and Australian standout, Volkanovski, Khabib admitted the latter will likely provide a tough test to Makhachev given his considerable Octagon and high-level fight experience.

“I told Islam (Makhachev), before the last fight [against Charles Oliveira], (Alexander) Volkanovski is going to be tougher than Charles Oliveira,” Khabib Nurmagomedov told Class A Events during a recent interview. “He has good experience. Charles and Volkanovski have the same experience… but if you talk about fighting IQ and big heart, I think Volkanovski is better than him [Oliveira].”

“I think Volkanovski is going to be a tougher opponent for Islam than Charles Oliveira,” Khabib Nurmagomedov continued. “But who cares? We’re gonna finish this guy.” (Transcribed by MMA News)

Volkanovski won the title against Holloway in 2019, before defending the crown in an immediate rematch, and then dispatching both Brian Ortega, and Chan Sung Jung during his title reign.