Kevin Lee Is Not Impressed With Khamzat Chimaev
published on December 31, 2021
curated and posted by BRWLRZ Team

Chimaev burst onto the scene in 2020, and despite a brief pause in his rise, “Borz” is well and truly back on the welterweight agenda.

The Chechen-born Swede made his initial splash on Fight Island with two wins in the space of 10 days, a modern UFC record. He added a third to his tally two months later when he knocked out middleweight veteran Gerald Meerschaert on his US debut. For the next year, Chimaev was forced to the sidelines by a troubling case of COVID-19.

Picking up where he left off, the promising 27-year-old re-emerged onto the scene at UFC 267 in October 2021. Adding to his previous Abu Dhabi success, Chimaev dominated and choked out ranked contender Li Jingliang in a vicious fashion.

Now ranked just outside the top 10 in the welterweight rankings, many are expecting Chimaev to secure a title shot with one or two more impressive victories. And despite the dominance of Kamaru Usman, “Borz” is being tipped by some as the man who can dethrone “The Nigerian Nightmare.”

One fighter who doesn’t share that sentiment is Kevin Lee. The former UFC Welterweight, who recently signed for Khabib Nurmagomedov’s Eagle FC promotion, hasn’t boarded the Chimaev hype train and is not impressed by the up-and-comer. According to “The Motown Phenom,” Chimaev is yet to do anything special.

“I think he’s just getting a lot of buzz,” Lee said during an appearance on The Schmozone podcast. “People see him beat Li Jingliang and all of a sudden he’s like, the new God or something. I’ve been in the gyms with both these guys, so he’s alright. But he’s alright, you know. He’s not doing nothing that’s like crazy or anything. Honestly, he doesn’t really impress me too much. He’s just aggressive.”

Lee, who fell short of interim lightweight gold against Tony Ferguson in 2017, will be looking to pursue title glory elsewhere after seven years in the UFC. Chimaev, meanwhile, will be looking to achieve more success on MMA’s biggest stage than “The Motown Phenom” ultimately managed to.

Do you agree with Kevin Lee or are you aboard the Khamzat Chimaev hype train? 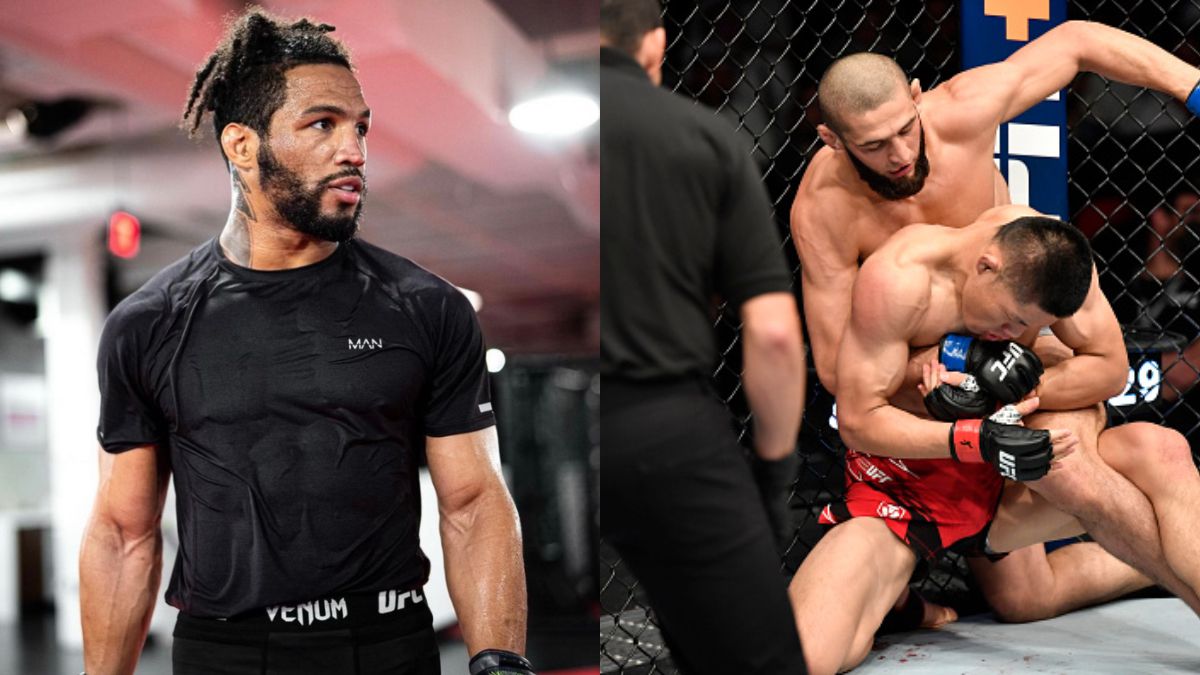