Ketlen Vieira Looked Up To Miesha Tate Leading Up To UFC Vegas 43 Win
published on November 22, 2021
curated and posted by BRWLRZ Team

UFC bantamweight contender Ketlen Vieira used Miesha Tate as an inspiration leading up to her biggest win against her at UFC Vegas 43.

It was a bit of a coming-out party for Vieira, who needed a signature win over an opponent like Tate to get back on track in the bantamweight division. She battered and bloodied Tate on the feet late in the fight to secure a unanimous decision victory.

During her UFC Vegas 43 post-fight press conference, Vieira revealed that she was a bit awestruck by Tate in the early rounds. She got off to a slow start before pushing the pace later on.

Vieira entered the fight having lost two of her last three fights, despite a strong start to her professional career. She most recently suffered a controversial unanimous decision loss to Yana Kunitskaya earlier this year.

Tate had made her return to the Octagon in just her second fight since ending her retirement from the UFC. She had defeated Marion Reneau at UFC Vegas 31 before falling to Vieira.

With the win over Tate, Vieira is now a potential dark horse in the bantamweight title picture, which is desperate for new talent and contenders to Amanda Nunes‘ throne.

Who do you think Ketlen Vieira should fight next? 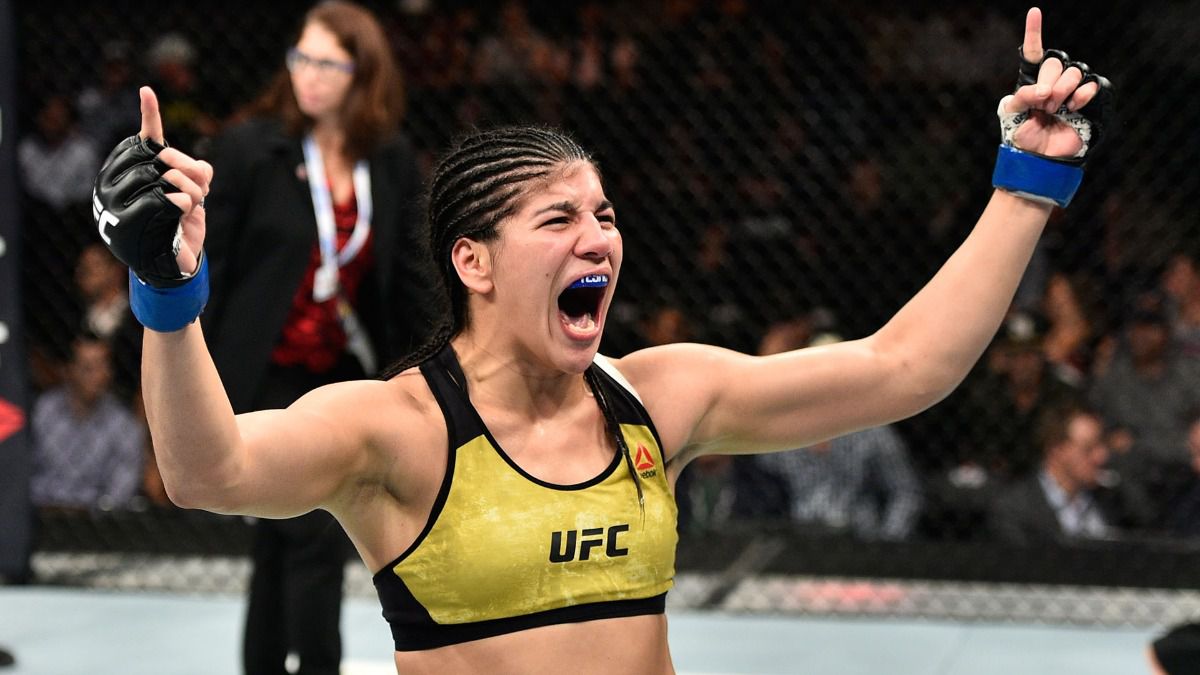