UFC bantamweight contender Ketlen Vieira is preparing for the best version of Miesha Tate ahead of their UFC Vegas 43 main event.

Vieira will face arguably the toughest test of her career against the former champion Tate, who is coming off of an impressive return to the Octagon. After nearly five years away from the UFC, Tate didn’t appear to skip a beat as she dominated Marion Reneau in her most recent victory this summer.

Tate retired from the UFC following back-to-back losses to Raquel Pennington and Amanda Nunes. During that time, Vieira burst onto the bantamweight scene with solid wins over the likes of former title challengers Cat Zingano and Sara McMann.

During her UFC Vegas 43 pre-fight press conference, Vieira claimed that Tate might’ve rushed to retirement in the middle of her athletic prime.

“I always thought that she retired too soon,” Vieira said. “I always followed her work, I admired her, and I thought that because she was retired, I’d never face her.”

Vieira also believes that Tate’s prolonged time away from competing might’ve been a blessing in disguise.

“I do believe she’s in her best shape,” Vieira said. “You can see by like, the pictures she showed on social media. Also, if somebody that have her experience didn’t believe that they are actually in their best shape. She wouldn’t have come back. So, that makes me even more motivated and happy to be there and face a great opponent.”

Ketlen Vieira Is Looking To Rebound From Her Losing Skid

Vieira got off to a nearly unblemished start to her professional career but will enter UFC Vegas 43 with losses in two of her last three bouts. Despite a strong start to her most recent fight with Yana Kunitskaya, Vieira faded in the final minutes to lose via a unanimous decision.

If Vieira can get past Tate at UFC Vegas 43, she’ll catapult herself into the bantamweight title picture. The Brazilian has plenty of potential in the 135-pound division and a win over Tate would add a signature performance to her resume.

What is your prediction for Ketlen Vieira vs. Miesha Tate at UFC Vegas 43? 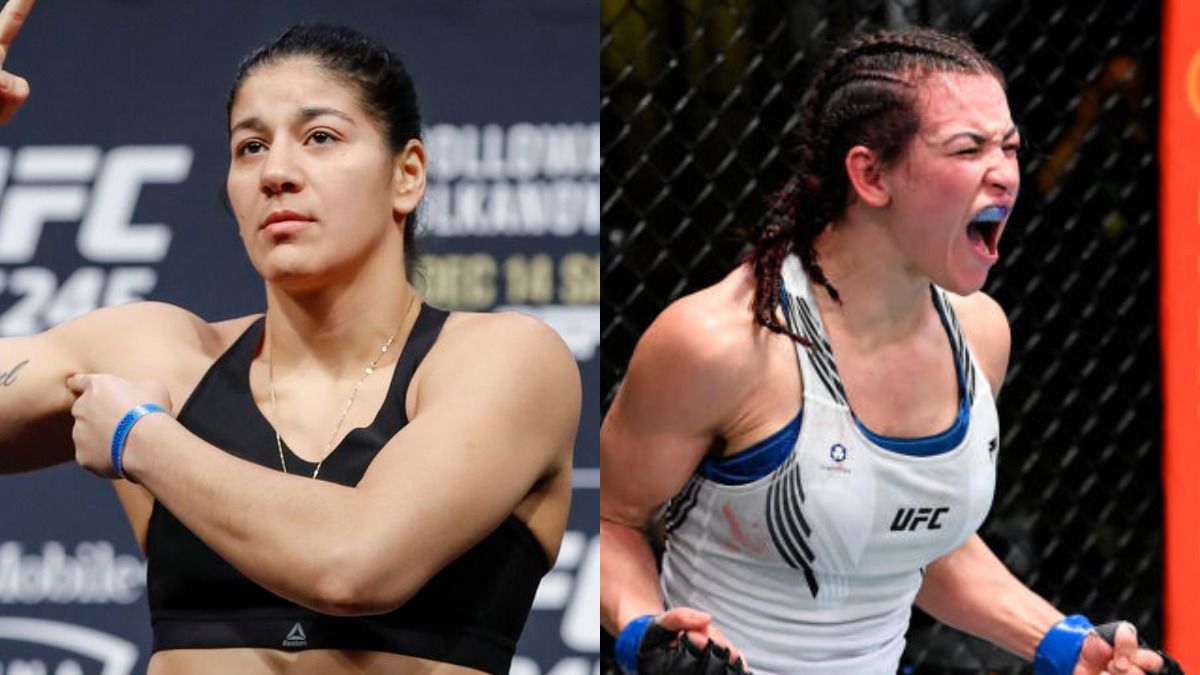