UFC middleweight and former interim title challenger Kelvin Gastelum has hinted that he could return to 170 pounds in the near future.

Since his interim championship defeat to current 185-pound king Israel Adesanya in 2019, Gastelum has been on a torrid run of form, which has seen him record just one win in his last six fights. A loss to divisional newcomer Darren Till at UFC 244 was followed by a shocking first-round submission setback against Jack Hermansson last July. The 29-year-old did briefly return to the win column when he outpointed Ian Heinisch in February, but two defeats since have seen Gastelum fall to yet another losing skid.

After landing on the wrong side of a decision against the dominant Robert Whittaker in April, the TUF 17 winner had hoped to begin a change in fortune when he was in action last month. In the UFC Vegas 34 main event, Gastelum faced Jared Cannonier, who had been out of action since his own loss to “The Reaper” in 2020. Having seen the judges’ scorecards succumb him to defeat yet again, Gastelum is at a crossroads in his faltering career.

Despite the struggles he had making the weight limit at welterweight, Gastelum is now considering a potential move back down to 170 pounds in an effort to reignite his UFC tenure.

In an interview with The Schmo, the Californian suggested he could hire a dietician to help him better manage another possible stint in the lower weight class. That’s despite UFC President Dana White previously refusing to let Gastelum compete at welterweight after multiple weight misses.

“I’m thinking about. Maybe, possibly, hiring a dietitian (to help me) make the move down (to welterweight) but it’ll take some time. If I do this, I’ll be fighting next year which is most likely the case.” (h/t LowKick MMA)

Gastelum last competed at welterweight in 2016. At UFC 200, the 29-year-old defeated former champion Johny Hendricks, who had missed weight ahead of the bout. Gastelum’s only losses at 170 pounds came via split decisions against former champ Tyron Woodley and perennial contender Neil Magny.

He’s undoubtedly small for middleweight, and if he can manage a move back to welterweight appropriately and nail down his weight cut, Gastelum could be a force to be reckoned with at welterweight.

Do you think Kelvin Gastelum should make the switch back to welterweight? 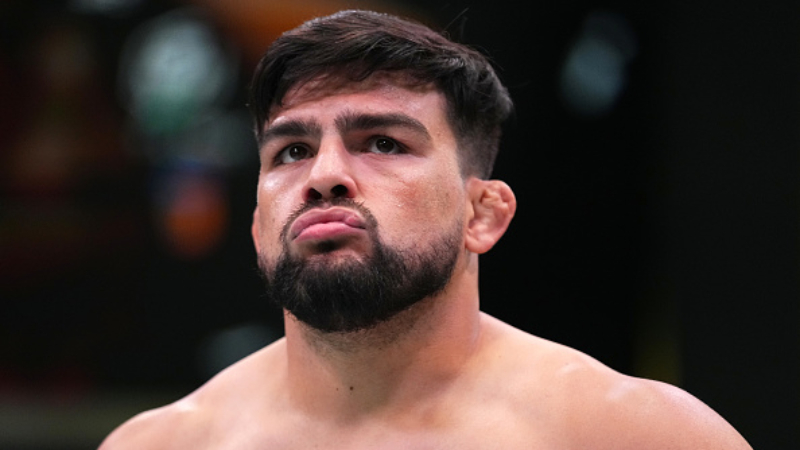