Nunes and Peñawere supposed to fight in August, but after Nunes tested positive for COVID-19, the fight was postponed to December 11 in Las Vegas. It’s an intriguing matchup and recently, American Top Team coach, Mike Brown shared a photo of Nunes and Harrison training and the reigning PFL champ confirmed she is helping Nunes prepare for the fight. After having spent time training with her, Harrison is confident the champ-champ takes care of business rather easily.

“I am, but I would argue she is helping me just as much,” Harrison said to MMAJunkie. “It’s such a great blessing for me to be able to work with her, try and be like a sponge and soak it all up. Yeah, she is going to be ready to murder Julianna Peña.”

If Amanda Nunes defeats Pena at UFC 269 as Harrison believes, who she will fight next is uncertain. There is talk of the trilogy with Valentina Shevchenko, yet for Harrison, she doesn’t know if that fight makes sense as she believes Nunes doesn’t have to prove anything in that fight because she already beat Shevchenko twice.

For now, both Harrison and Nunes are training for their upcoming title fight. Harrison will look to repeat as the lightweight champ when she headlines the PFL Championship show on October 27 against Taylor Guardado. Nunes, as mentioned, will look to defend her 135lbs title against Peña.

Do you agree with Kayla Harrison? Will Amanda Nunes “murder” Julianna Peña at UFC 269? 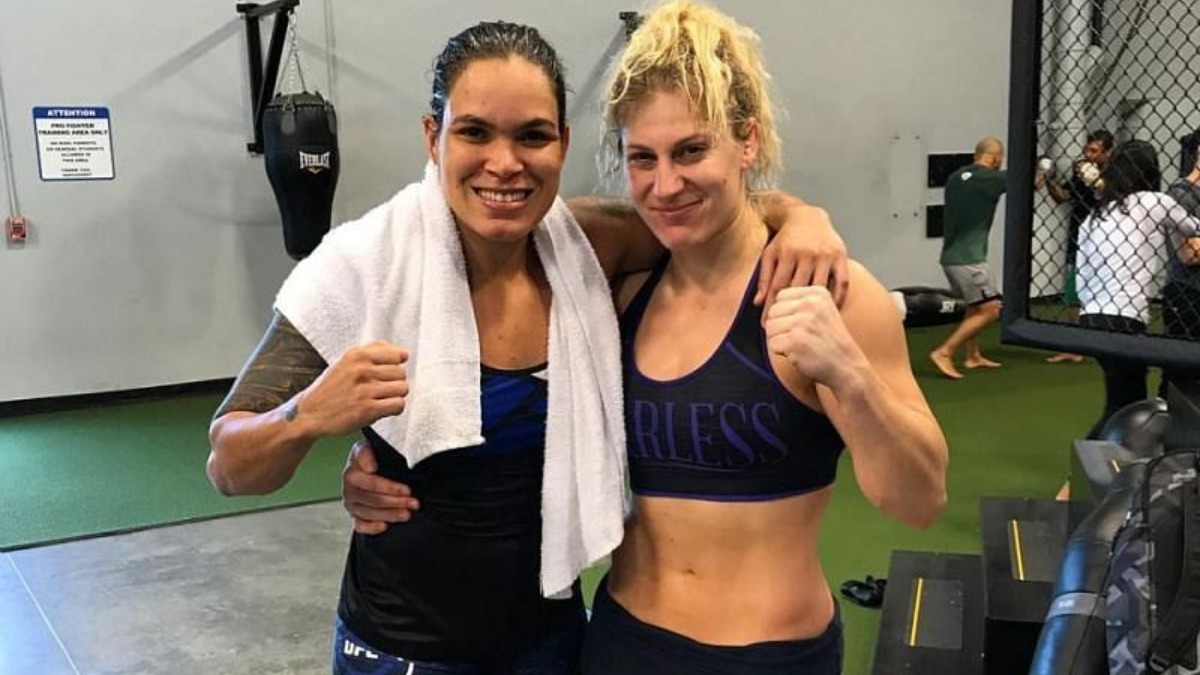