Harrison raised the eyebrows of her fans around the MMA community when she was spotted sitting front-and-center to witness Justino’s first-round knockout of Sinead Kavanagh. After some early exchanges by both women, Justino landed a vicious right hook that sent Kavanagh collapsing to the canvas.

After the fight, Harrison spoke with MMA Junkie’s Danny Segura about her thoughts on the Bellator 271 main event.

“My first impression was that she wasn’t as big as I thought she would be,” Harrison said of Justino. “All joking aside, she’s a pioneer, she’s a trailblazer. The only problem is that I’m on this trail now. I’ve got nothing but respect for her.”

As rumors regarding her MMA future and next move continue to swirl, Harrison’s lit up when asked about a potential matchup with Justino.

Kayla Harrison Is Pondering Her Options In Free Agency

Harrison hasn’t made it a secret that she intends to become one of the greatest MMA fighters ever by the time her athletic career ends. To do that, she’s been open to the possibility of moving from the PFL to a larger platform such as Bellator or the UFC.

Harrison capped off another dominant run in PFL by earning the 2021 lightweight championship over Taylor Guardado. All four of her wins in the league this season came by either TKO or Submission.

Harrison has hinted at a possible matchup with Cyborg down the line, and her in-person attendance at Bellator 271 has further fueled speculation as to where she could sign for the next chapter of her career.

Right now, who wins in a potential Cris Cyborg vs. Kayla Harrison fight? 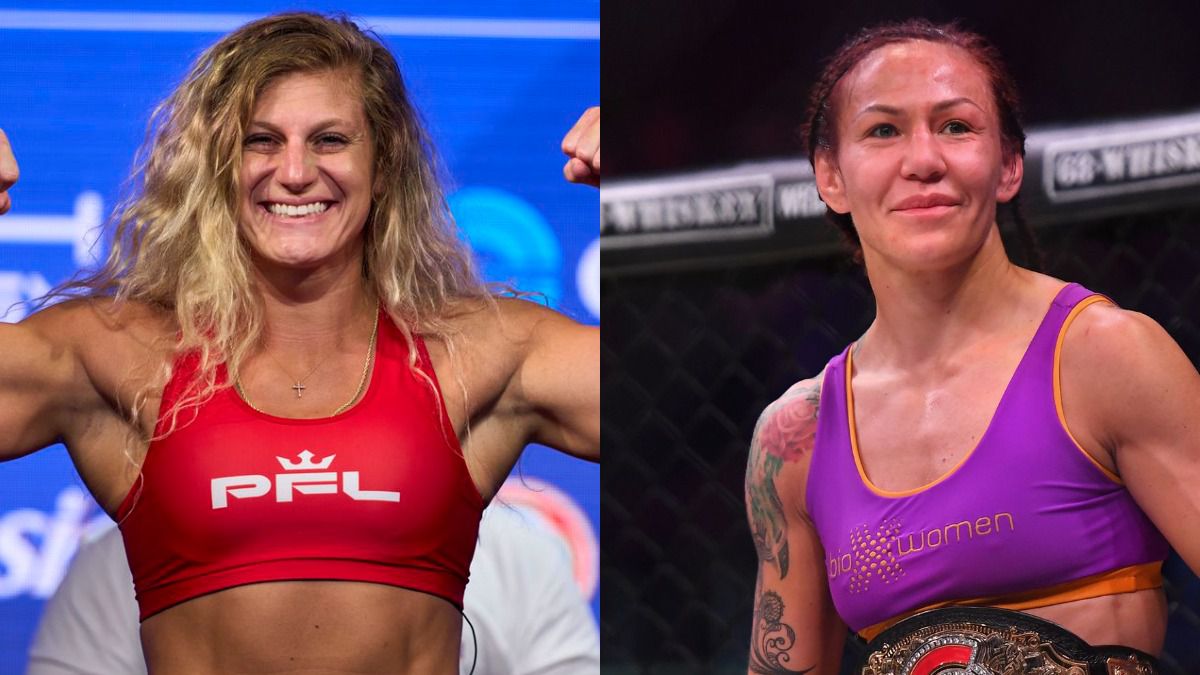