Kayla Harrison: I Know Where I Want To Go
published on November 24, 2021
curated and posted by BRWLRZ Team

Two-time PFL champion Kayla Harrison has revealed that she knows which promotion she wants to fight for, but says it’s ultimately down to her coaches and manager.

Harrison’s future has been one of the most discussed topics in mixed martial arts this year. Her rise to becoming the most-sought after free agent in the sport has been as impressive as it’s been rapid. The two-time Olympic judo gold medalist only made her professional MMA debut in 2018. Since then, she’s amassed an unblemished 12-0 record that includes five knockouts and five submissions.

Having won the 2019 PFL Women’s Lightweight Championship, Harrison repeated the feat this year. With three first-round finishes against Mariana Morais, Cindy Dandois, and Genah Fabian, the Ohio native booked her spot in the final opposite Taylor “No Mercy” Guardado. Despite making it to the second round, the 30-year-old became Harrison’s latest fallen victim, doing so via an armbar submission.

Harrison Has An ideal Destination In Mind

After securing her second championship and second $1 million check, Harrison’s PFL contract expired. Despite stating she’d choose the security of a renewed PFL agreement over the uncertainty of free agency, the 31-year-old has now been without a deal for almost a month.

Harrison spoke about her future in a recent interview with MMA Fighting. After confirming that nothing has been decided yet, the American Top Team product said she was leaving the negotiations and decision-making in the hands of her manager, Dominance MMA CEO Ali Abdelaziz, and her coaches.

“No decision (has been made yet). This is kind of the time where I kinda have to put my trust and my faith in my team. I did the work, I showed up, I won in dominant fashion all year, I talked a little shit, I did my part, I got everyone paying attention, I went out and won another title, and now I have to trust the people that I’ve surrounded myself with. I have to trust Ali. I have to trust my coaches. Because I know what I wanna do; I know where I wanna go. But it really comes down to what they think is best for me, and me having the patience or the wisdom to listen to them and do what they think is best.”

Despite revealing she has an ideal destination in her mind, Harrison reiterated that wherever her team says is best, that’s where she’ll go.

“This is the hard part. Everyone wants to know what the answer is and where I’m going; PFL, Bellator, UFC, etc… I don’t have an answer. I’m staying out of it. I’m gonna trust my coaches… Ali is the one out there doing the work, talking to people, setting up all of these meetings… My job now is just to trust them. If they say, ‘Kayla, you should go here,’ that’s what I’m going to do.”

Where would you like to see Kayla Harrison fight in 2022? 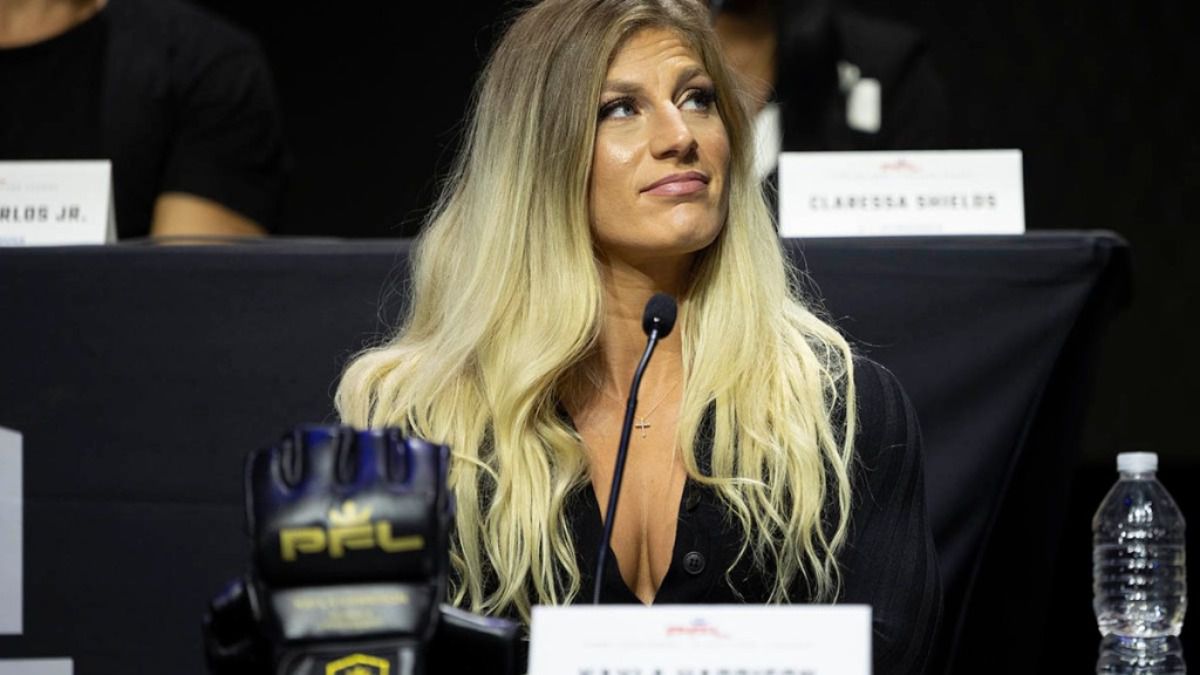