Kayla Harrison and Belal Muhammad have made a little wager on an upcoming title fight.

Amanda Nunes will defend her bantamweight gold in December at UFC 269 against Julianna Peña. In a recent interview, Nunes’ teammate, Kayla Harrison, said that she felt Nunes will be ready to “murder” Peña come fight night.

UFC welterweight Belal Muhammad responded to Harrison’s interview simply stating, “No, she’s not.” To which Harrison responded with a friendly wager.

“Wanna make a bet, homie?” Harrison asked. Muhammad accepted the bet and laid down his terms.

Ok when Julianna wins you have to do live Instagram karaoke with a song of my choice,” Muhammad proposed. Harrison soon accepted and told Muhammad what was on the table should she win the bet.

“Ok done. And when @Amanda_Leoa wins you have to wear the outfit of my choice to a fight.”

While Harrison has been helping Nunes train for the fight, the sessions have been a two-way street. Harrison has her own main event coming up later this month when she takes on Taylor Guardado at PFL 10. The late-October fight will be Harrison’s fourth of the year, with every fight ending in the 1st round so far.

Muhammad was last seen in the Octagon in June. That night, he took a unanimous decision over grappling standout Demian Maia.

Who do you think wins when Nunes and Pena square off in December? 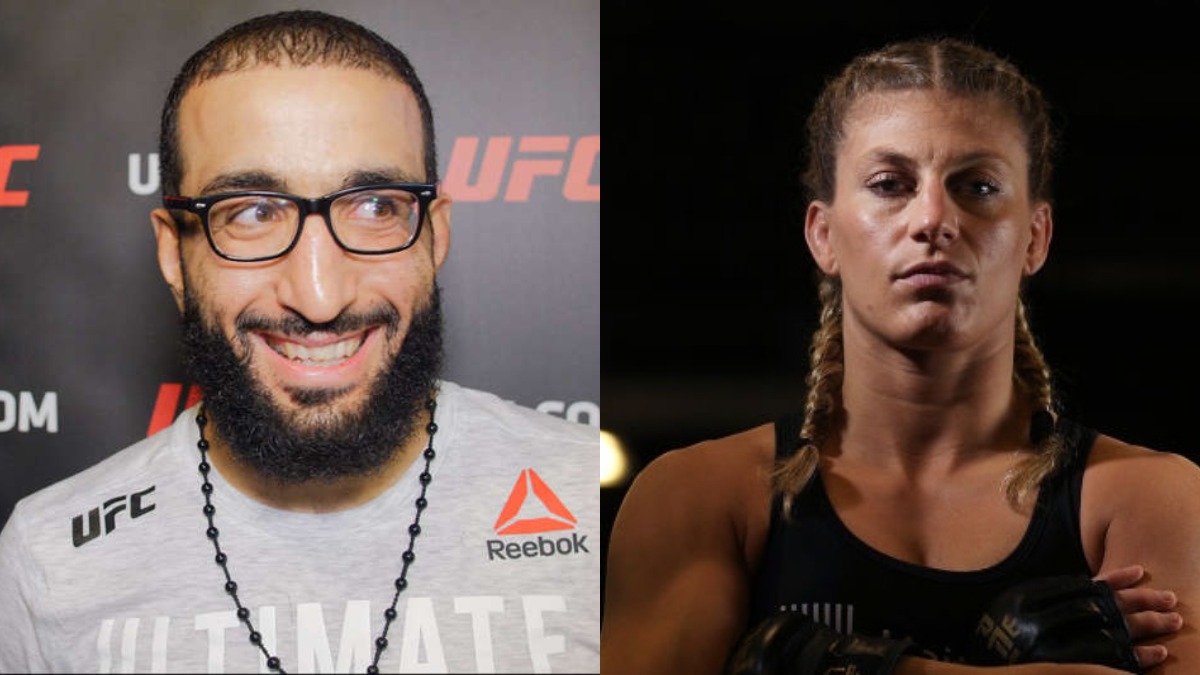