Kay Hansen Reveals Trauma That Could Have Ended Her UFC Career
published on November 26, 2021
curated and posted by BRWLRZ Team

UFC strawweight Kay Hansen has revealed her ongoing struggle with being sexually assaulted and dealing with an eating disorder.

Kay Hansen entered the UFC in 2020 and has gone 1-1 since joining the promotion. The former Invicta fighter admits that a family member sexually assaulted and raped her for three of her formative teenage years (16-19-years-old). While the scars are still fresh from that traumatic time in her life, the young upstart is confident that sharing her experience will be the best way to move forward emotionally.

Speaking to MMA Fighting‘s Mike Heck, Kay Hansen detailed her struggle living with an eating disorder and explained how all of her trauma nearly extinguished her blossoming MMA career.

“I just felt so sh*tty and it got to the point where my coaches started noticing. Two to three weeks out from the fight they said, ‘How about you take a few days off?’ Me, in my head [I said], ‘I have a fight soon, I can’t take any days off.’ It just got to the point where everything started crashing down. I was getting sick, I was always lightheaded, I was getting dizzy. I found out I was severely anemic, I was Vitamin D deficient. I lost my period. My whole body was just like, ‘We’re done,’ to the point where I physically couldn’t train.” Kay Hansen shared.

Hansen’s health problems permeated into the practice room. Since Hansen was physically unable to train, the strawweight admits that her career was almost on the line. Over the past year, Kay Hansen revealed that she’s much more open to talking about her struggles since so many women can relate.

“Facing your problems is not fun, especially your mental problems, the past you’ve been through and breaking that down, finding out why you’re doing certain things that are reactions. Hansen said. That sh*t’s not fun, at all. But this past year, I’ve had no choice but to dive into those. For me, I can kind of be open and talk about it now. It’s not something that I’m just storing away and hiding, even from myself.”

While confronting inner demons is never a fun journey, Kay Hansen has undergone notable growth through perseverance and determination. The 22-year-old is expected to make her return to the Octagon at the UFC 270 pay-per-view slated for Jan. 22. 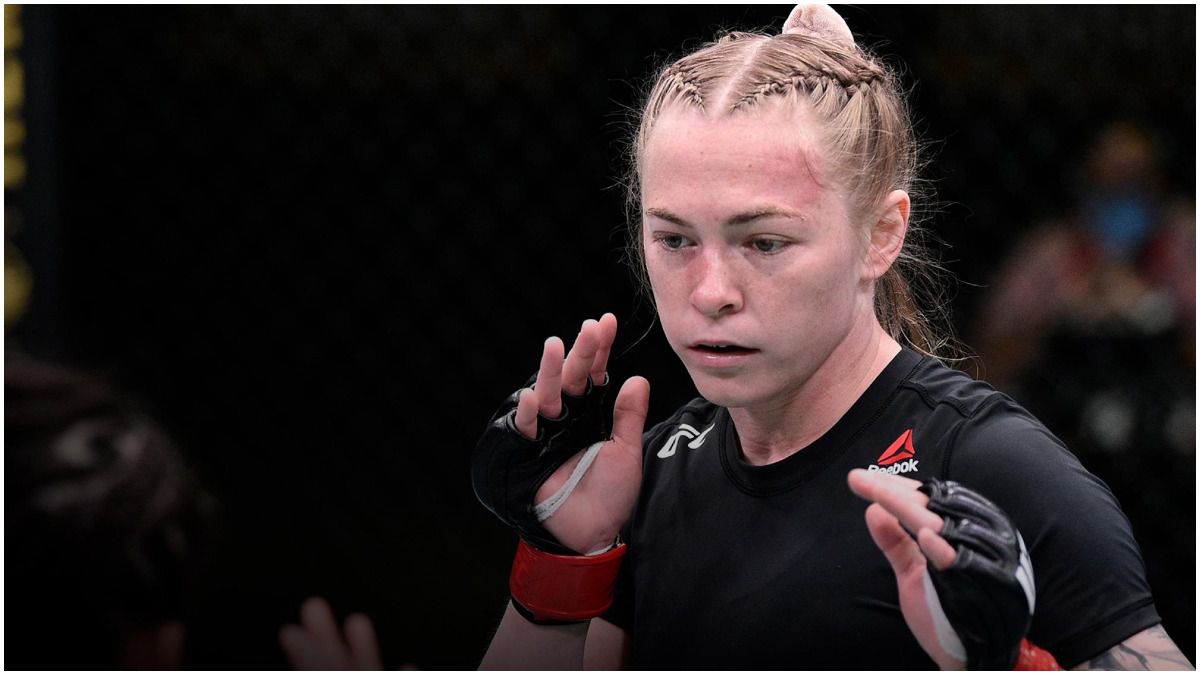