Katlyn Chookagian has clarified her retirement talk ahead of her UFC Fight Island 6 fight against Jessica Andrade.

Chookagian recently said she views every fight as potentially as her last as she wants to start a family. She also said once she becomes a mom, she won’t be coming back to MMA.

Immediately, once she said that, many fans thought that meant Chookagian had one foot out the door, but she says that is not the case.

“It’s okay to say that you’re focused on your life outside of fighting,” Chookagian said at media day (via MMAJunkie). “I think it’s a problem if you’re not focused on it because a majority of your life is not fighting. So I think that me saying how I feel, that I’m not at a point in my life where I can see myself having a family and it’s kind of a factor I need to have into fighting – I’m a female; unfortunately, my husband can’t have the baby for me. For me personally, once I have children, I don’t want to keep fighting. 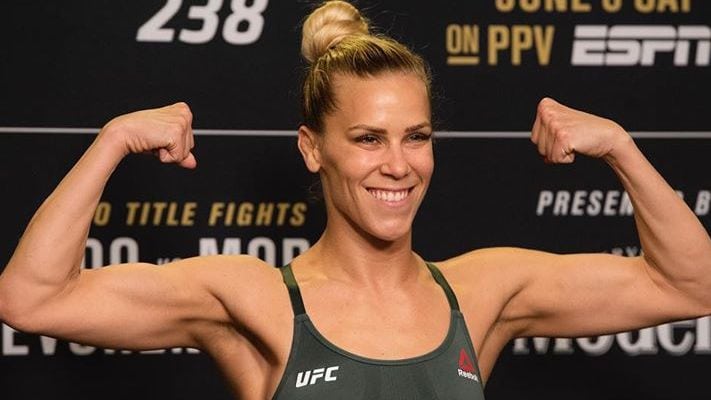