UFC Welterweight Champion Kamaru Usman has brought with him a zero-tolerance policy for hate entering 2022.

Known for his cool-and-collected disposition, Usman took some time out to address one or two of his all-star haters in a Snapchat Story. On this occasion, rather than playing it cool, “The Nigerian Nightmare” delivered a message that was downright chilling (h/t The Mirror).

“Whomever you are watching my story, please just choke yourself. 2022 started and your life is centered around others,” he wrote in the story. “Better yet, kill yourself. Having fun watching my life and not yours,” Usman posted to his Snapchat Story along with a middle finger emoji.

While it is unknown what was said to draw out this response from Usman, the current pound-for-pound king seemed to recognize the looming controversy that could await when suggesting a fan take their own life. Consequently, Usman would then tone down his rhetoric a couple of notches while still getting a similarly stern message across.

“Let me clear this up, I know that was tough. It was 4am in the morning, it was a little slizzered and obviously, I typed that the wrong way,” he said in the video.

“Let me rephrase this for that hater, you know who you are, that particular hater there’s one of you or maybe two of you that keeps watching my story so you can have something to hate on.

“Choke yourself, it’s me saying it now, choke yourself. For the rest of my fans, my real fans I love and appreciate you guys, I always have and always will.”

It wasn’t all talk of hate and violence. The Nigerian-American also had a more appreciative message for his fans and supporters.

“I love my fans even those that (hate) because you truly only wish you could be me.”

Usman showed more patience during the build-up to his most recent fight against rival Colby Covington. Covington tried everything under the sun to get under Usman’s skin, including repeatedly referencing his father’s stint in prison. And yet, Usman let it all slide off his shoulders prior to defeating Covington for the second time at UFC 268, where the two enemies temporarily squashed their beef with a partial embrace.

What do you make of these remarks from Kamaru Usman? 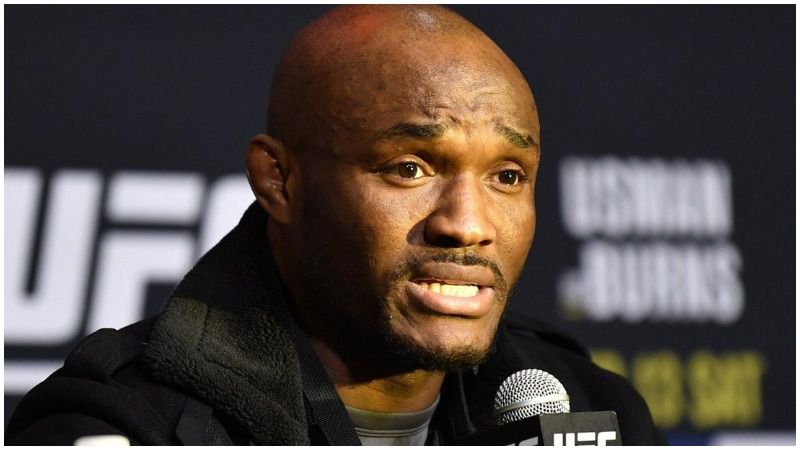