Kamaru Usman has responded to Nick Diaz saying he should be fighting the welterweight champ not Robbie Lawler at UFC 266.

Diaz is making his highly-anticipated return to the Octagon in a rematch 17 years in the making against Lawler. The fight was supposed to happen at welterweight but earlier this week, the fan-favorite moved it to middleweight.

Now, in his lone interview, he has done for fight week, Nick Diaz explained he doesn’t know why he’s fighting Lawler. Instead, he believes he should’ve been fighting Kamaru Usman for the belt.

“I think I’ll beat Usman,” Diaz said to ESPN (via MMAMania). “I have a better shot at beating Usman than I do Lawler, just because I … I already beat Lawler. This doesn’t make sense, for me to go in there and fight Robbie Lawler. I don’t know why I’m doing this. This should not happen. Whoever set this up is an idiot. I don’t know why I’m doing this, why this happened — I should be fighting Kamaru Usman, and that’s it.”

To no surprise, Usman responded to Diaz’s callout and he seems to like the idea of fighting the Stockton, California native.

Although Usman responded to Diaz, it doesn’t seem likely this fight will happen anytime soon. First off, Diaz is now fighting at middleweight and given he couldn’t make welterweight at UFC 266, a bout against Usman doesn’t make sense. However, it shouldn’t be a surprise that Usman responded as Diaz is a massive name and would be a big payday for the welterweight champ.

Diaz is set to return to the Octagon on Saturday against Lawler. Usman, meanwhile, is set to headline UFC 268 as he looks to rematches Colby Covington as Usman looks to defend his belt for the third time in 2021.

Would you like to see Nick Diaz vs. Kamaru Usman? 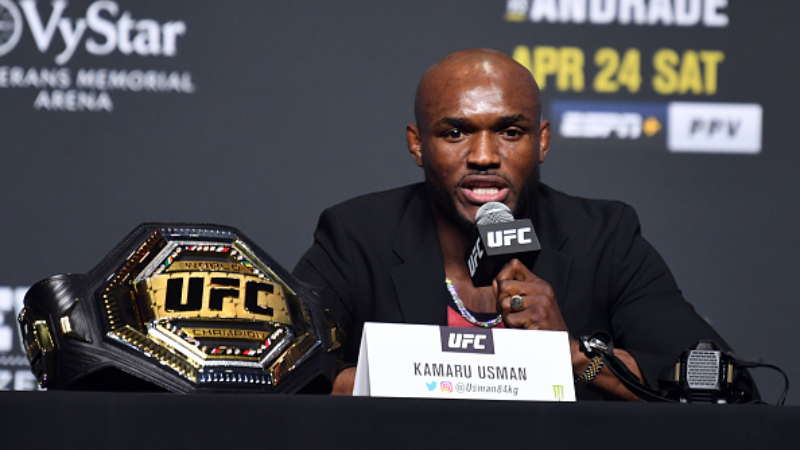