In his own sport, Usman reached the P4P mountaintop following a rankings update last month. “The Nigerian Nightmare” displaced previous #1 Jon Jones, who hasn’t competed since early 2020, and was arrested and charged with battery domestic violence days before losing his spot on the P4P ladder.

In a recent interview with The Schmo, Usman gave his thoughts on his latest #1 ranking. When asked why the change took so long, the 170-pound king suggested he’s always felt like the P4P best.

Usman was last in action at UFC 261 in April this year. In what was his second clash with Jorge Masvidal in under a year, “The Nigerian Nightmare” recorded his fourth successful title defense in brutal fashion. He became the first man to knock “Gamebred” out in the UFC.

Having now fought off the challenges of Masvidal, Gilbert Burns, and Colby Covington, Usman’s dominance at the top of the welterweight division looks set to continue. If he can defeat “Chaos” in their rematch at UFC 268 on November 6, rematches with Leon Edwards and Burns seem likely, with Vicente Luque standing as the only top contender coming off a win that Usman is yet to face.

With “Rocky” seemingly content with waiting for his title shot, and Masvidal and Burns firing callouts on social media, the champ believes he may have to turn to Boxing’s best if no contender sets themselves apart from the rest. Usman, who’s previously suggested he has what it takes to defeat Canelo, pitched a P4P crossover showdown with the Mexican sensation during his interaction with The Schmo.

Like Usman, Canelo currently has his hands full preparing for a November 6 fight. While his MMA P4P counterpart gets set to face Covington, the WBA (Super), WBC, Ring magazine, and WBO Super Middleweight Champion will meet Caleb Plant inside the squared circle next month.

Should both men continue their dominant reigns in their respective sports, perhaps another blockbuster crossover feud will be born.

How do you think Kamaru Usman would fare against unified super middleweight world champion Canelo Alvarez? 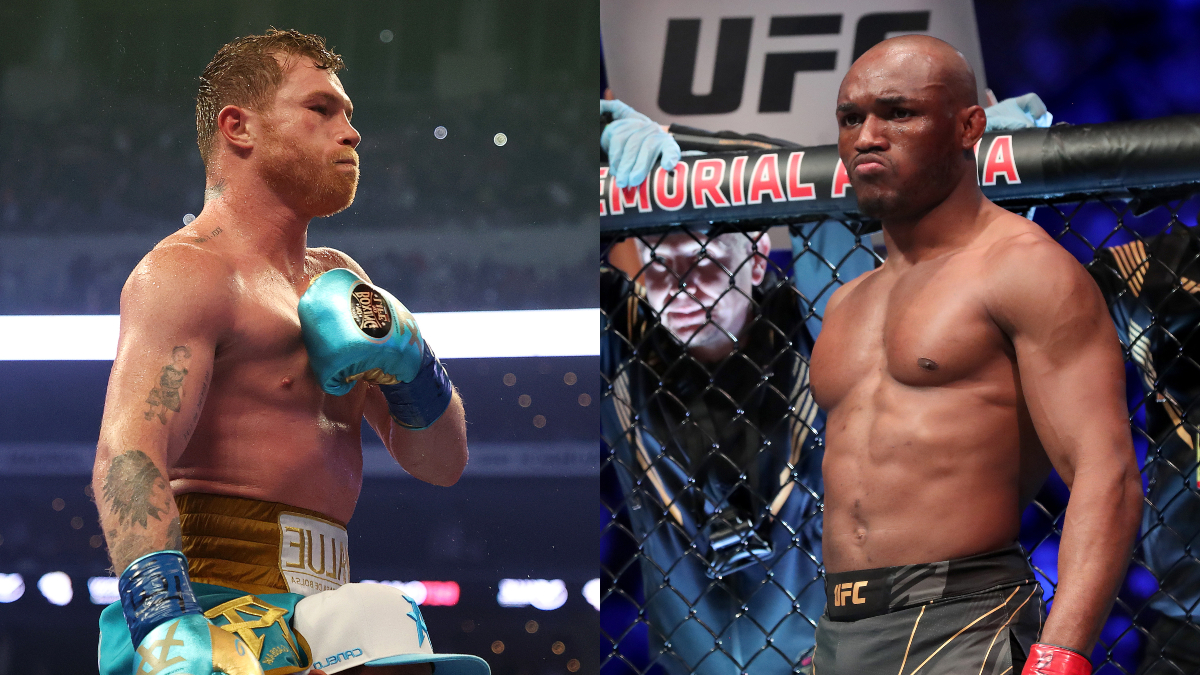