Kamaru Usman Considers Colby Covington To Be The Frazier To His Ali
published on November 8, 2021
curated and posted by BRWLRZ Team

After their UFC 268 rematch, Kamaru Usman gave Colby Covington some high praise, or a subtle shot, depending on how you interpret his post-fight remarks.

At UFC 268, Kamaru Usman potentially closed the book on his rivalry with Colby Covington once and for all by extending his lead over “Chaos to 2-0.” Not unlike their first encounter, the rematch was highly competitive. In fact, the two closest fights in Usman’s UFC career have both been against Covington.

It is for this reason that Usman recognized that despite the animosity between the two, there’s no denying that Covington is unlike any opponent he’s faced before and is a worthy rival.

“This guy’s tough as nails,” Usman said of Covington at the UFC 268 post-fight press conference. “He’s very, very tough. Let’s be honest, Ali needed a Frazier. All these guys, you can be the great ones, but there’s always gonna be that one guy that’s gonna be able to push you. And he is that guy. As much of him outside of the Octagon that most people don’t like, myself included, you have to respect him as a competitor.”

Just as Ali and Frazier did, Usman and Covington headlined Madison Square Garden in a blockbuster rematch. In the Ali/Frazier rematch, Ali was able to even the score with Frazier before eventually winning the trilogy 2-1 in the “Thrilla in Manilla.”

So in this case, it was Covington who was trying to assume the role of Ali by winning the rematch at MSG before going on to construct an argument as “the greatest.” Instead, all the praise is going to the champion Usman, who was able to add to his legacy at The Garden, much like Ali and so many other greats throughout time.

However, even though Usman is up 2-0 on Covington, as long as both men hang around in the welterweight division, I wouldn’t count out the possibility of these two studs bringing MMA fans one more “thrilla” to remember. 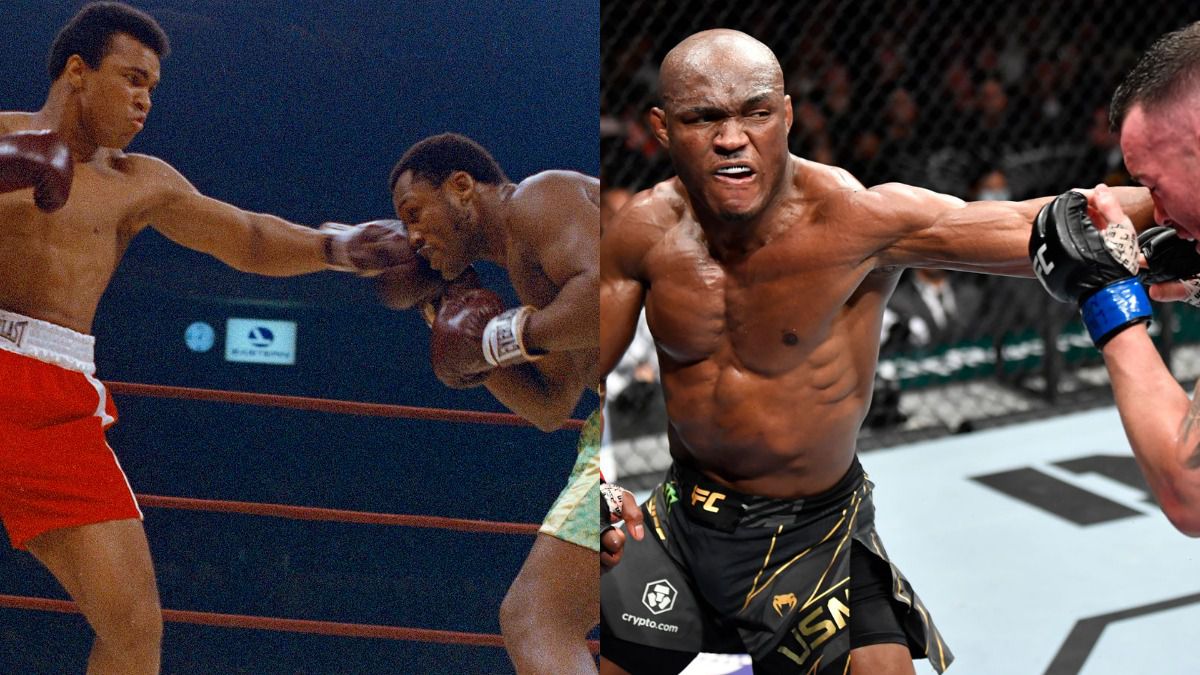