Justin Gaethje is not happy with Mike Beltran’s reffing at UFC 268.

Justin Gaethje and Michael Chandler had one of the most action-packed bouts in recent memory. There was rarely a lull through the three-round banger, but Gaethje thinks there should’ve been. Near the end of the second round, Chandler inadvertently poked Gaethje in the eye. Beltran did call for a pause in the action but did not jump between the combatants.

“I hate to critique the guy – he’s human, and we make mistakes,” Gaethje said on the Anik and Florian podcast. “I just think that … pretty much every ref that I step out there with has a look in their eyes, and it’s a look like they’re shook, like they’re intimidated by what just occurred.

“I understand that, but this is real life. I need them to be in game mode. We’re not dealing with seconds anymore. This is way less than seconds. if you’re going to break action, you’ve got to put your body in there. If you’re going to get hit, that needs to be OK.”

What If The Punch Changed The Outcome?

Beltran made the time-out symbol with his hands after the poke, but a fired-up Chandler did not notice the mustachioed ref’s signal. Instead, Chandler blasted Gaethje with a heavy right hand.

“That was a big punch,” he said. “What if that would have knocked me out? Those can change the whole direction of a fight. It’s just crazy to me that it wasn’t a big issue, because for me it was a huge issue. That’s $1 million, if I lose, that’s so much money off of my table.”

“The Highlight” was asked if he “was good” after the punch, to which he responded, “Yeah, I’m good.” When the referee told them to fight, Gaethje claimed that he was okay after the late blow but still needed some time to clear his vision after the poke. Yet, Beltran responded, “You said you were good, fight.”

The entire ordeal lasted only a few seconds but could’ve drastically affected Gaethje going into the final round of a back-and-forth fight. A loss in what many saw as a number one contender’s bout would’ve been a huge step backward for Gaethje.  Luckily for the former interim champion, it didn’t. He’d go on to win the bout via unanimous decision. 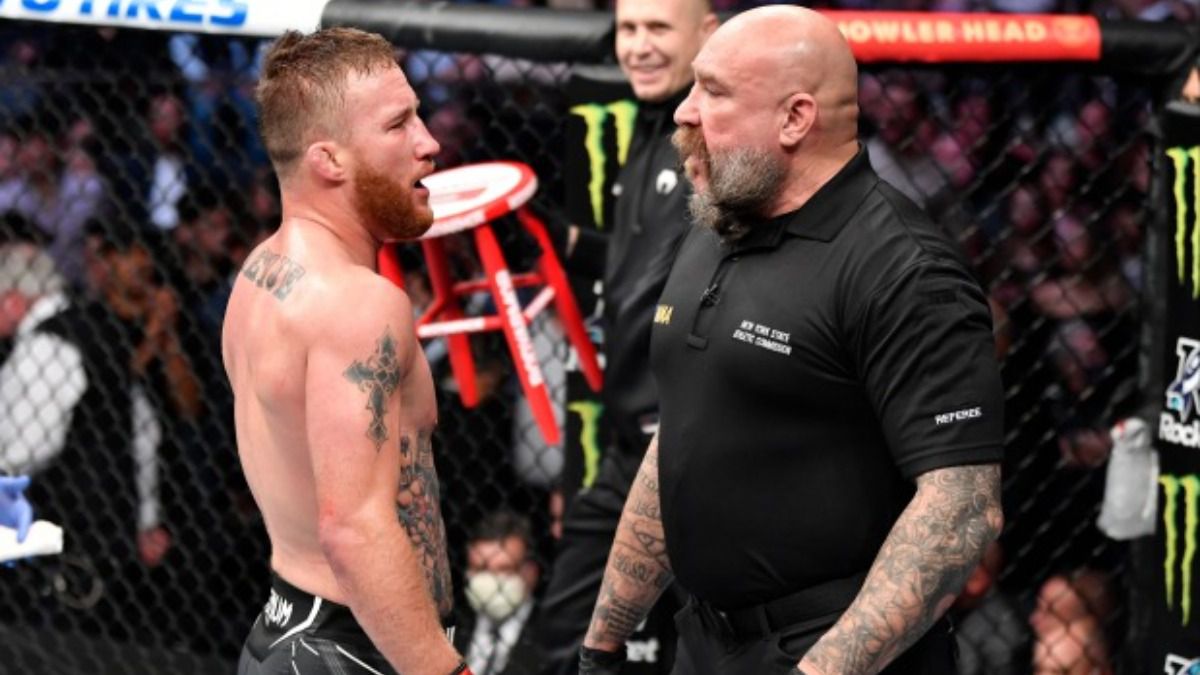